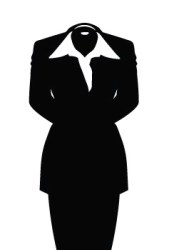 When you think of the hackers behind the mysterious group Anonymous, you might think of anything from James Bond-esque computer wizards to cyber-security professionals who lead secret double lives to over-weight college kids with too much time on their hands and a hankering for mischief. What many of you probably didn’t think of, however, was a teenage girl who works at a salon.

According to Forbes, one of the four hackers responsible for infiltrating software security company HBGary and its sister company HBGary Federal and releasing tens of thousands of reputation-killing emails, is a 16-year-old who goes by the name ‘k’ or Kayla. She has been part of the politically-minded hacktivist group Anonymous — famously responsible for disrupting the websites of Visa, Master Card, PayPal and the governments of Egypt, Yemen and Tunisia, among others — since 2008.

Here, a few of the most interesting tidbits about Kayla from her Forbes profile:

She played a “crucial role” in the HBGary hack:
Kayla played a crucial role, posing as HBGary CEO Greg Hoglund to an IT administrator (who happened to be Nokia security specialist Jussi Jaakonaho) to gain access to the company’s servers. Read their email correspondence here and here. In the fallout, Barr’s emails revealed HBGary had proposed a dirty tricks campaign against WikiLeaks to a law firm representing Bank of America.

She learned to be a hacker from her software engineer dad:
“My dad encouraged it at first,” she says. “He thought it was awesome I was so in to what he did.” Dad allegedly showed her how to find bugs in C source code and exploit them.

She is extremely secretive online:
With just half a dozen close friends online, she has a strict regimen to remain invisible on the web. Each night she wipes every one of her web accounts and deletes every email in her inbox.  She has no physical hard drive and boots her computer from a microSD card. “I could hide this card anywhere or chew into a million pieces in a few seconds,” she says by e-mail. She keeps her operating system on a USB stick and uses a virtual machine (VM) to carry out her online shenanigans.

She once hacked 4chan, the site from which Anonymous originated:
In December 2008, she wrought havoc on one of the most famous forums of all, 4chan’s notorious /b/ channel, finding and exploited an SQL injection bug on its content management system, hacking in and causing mayhem on the forum for a few hours.

Her dad has a good sense of humor:
These days Kayla’s dad is aware of her activities with Anonymous, and while he is concerned about the legal implications–she lives in a country where she could be tried as an adult–she says he finds the whole thing “hilarious.”

She doesn’t really spend much time online:
[Kayla] refuses to be chained to her computer, limiting herself to a few hours a night online. She rarely visits online forums–they’re “boring”–and a few days a week takes a course in college to further her goal of being a teacher. She lives in an English-speaking country–not the U.K.–but won’t say more about it.

How to send a text message from your email account
Reddit Recap: how to see your Reddit 2022 year in review
Hackers sink to new low by stealing Discord accounts in ransomware attacks
What is Mastodon? Here’s why everyone’s talking about this Twitter alternative
Apple Reality Pro: everything we know about Apple’s VR headset
What MacBooks needs to learn from competitors about transparency
Best Apple Deals: Save on AirPods, iPads, MacBooks and more
You’ll be surprised how cheap this 27-inch QHD monitor is today
We now know how Apple’s VR headset may handle video, and it’s pretty awesome
Best HP laptop deals: HP Envy, HP Spectre x360, and more
The first RTX 4080 laptops are much cheaper than we expected
Intel targets RTX 3060 takedown with Arc Alchemist price cut
Perfect for school, this 14-inch laptop is discounted to $150 today