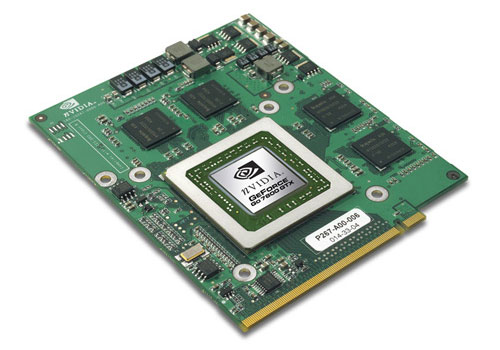 If you’re looking for a new laptop or desktop for editing videos and playing high-end PC games, one of the most important parts you need to look for is whether the computer has a separate graphics processor unit (GPU) to render all the polygons, so the computer processor (like an Intel chip, for instance) can keep the rest of the machine running. However, you’ll notice there isn’t a lot of choices in finding a new computer with dedicated graphics; most machines these days only offer integrated graphics like the Intel HD Graphics 4000. Integrated graphics is good enough for most computer users who don’t want to spend a ton of money but want to be able to watch movies and play games like The Elder Scrolls V: Skyrim at the lowest setting.

However, it seems this lack of selection in computers with discrete graphics is a real concern. After all, according to Jon Peddie Research, a company that tracks the multimedia and graphics industry, “GPUs are traditionally a leading indicator of the market, since a GPU goes into every system before it is shipped.”

Based on its latest dedicated graphics card report, shipment of GPUs slipped for every major manufacturer in the fourth quarter compared to numbers from the previous quarter (July to September). At a time when PC sales actually increased by 2.8 percent between October and December last year (probably due to the holiday shopping season), shipment of discrete GPUs dropped by 17 percent.

Unfortunately for AMD and Nvidia, the decreased demand for dedicated graphics is even more dramatic compared to numbers in the past 10 years. GPU shipment in Q4 typically only dips to about 0.68 percent based on data collected in the past decade, but in 2012 Q4 that number ballooned to 17 percent, which is the second biggest drop since the crash of 2008. This drop is consistent with the overall trend that less computers are being equipped with dedicated GPUs: between 2011 and 2012, the number of GPUs slipped from 16.1 million to 14.5 million units – that’s a 10 percent drop. Obviously, new computers can still process graphics but typically use embedded or integrated graphics chips, which JPR does not track.

In the research firm’s opinion, the discrete GPU market seems to be in fighting a war on multiple fronts. Not only are growing tablet sales eating into the laptop and desktop sales, the research firm also cites the worldwide economic uncertainty during Q4 in 2012 when Microsoft was launching Windows 8 and new PCs, as potential reason for consumers to hold back on PC purchases and take a wait-and-see approach during that period. As on-board graphics chip performance continue to improve, most consumers looking for a budget PC have no need for the power of a dedicated GPU anyway, so “the embedded GPUs in CPUs are having an impact on the low end, which is the high-volume segment.”

For those of you shopping for computers with all the graphics horsepower that AMD and Nvidia can deliver, the selection of PCs with any discrete GPU probably won’t improve as these numbers will hardly encourage computer manufacturers to introduce more computers with high-end graphics. It’s too bad because as discrete GPUs become more niche, it will only drive up the cost for consumers.