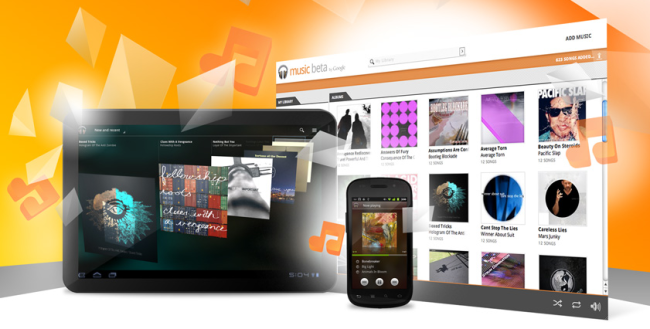 Today Google announced its cloud-based music service and beta testing has begun. Now don’t get us wrong – we were among the first in line to request an invitation to try out the program. Even still, we’ve got plenty of skepticism reserved for a music service without any music labels behind it.

Google TV has recently been making news not for its popularity or success but for what it plans to improve. When the product launched without content provider approval, Google TV quickly found itself blocked by some industry heavyweights: Viacom, NBC, CBS, Fox, and ABC. Hubs like Fancast and Hulu also kept their content out of Google TV’s hands.

Google recently landed some major partnerships, inking deals with Sony, Universal, and Warner Bros., and gaining access to thousands of their movies via YouTube. Unfortunately, Google TV failed to make a good first impression with consumers and now it’s going to have to claw its way back into their good graces. It’s more than possible, expected even, considering there hasn’t been ample progress made by any particular Internet TV device – they’ve all been experiencing some sort of content provider problems. But jumping the gun again with its music service seems like a risky move, and we wonder how long this beta testing round will last…possibly until it can secure some industry support?

How it stacks up

Like Google is now, Amazon launched its Cloud Drive Player without the support of the big labels – and it didn’t go over as smoothly as it hoped. Sony directly questioned how legal the service was, and last we heard Amazon was switching tactics and “aggressively” trying to obtain the necessary licenses. Despite lingering legal issues, Amazon does include a music store, something Google currently does not have. Instead users are limited to the 20,000 songs in its database. Sure, sounds like a lot, but it just isn’t – not when compared to the infinite offerings a music store can provide. Of course, Google’s music services’ features (more storage, playlist curators) in general outshine Amazon’s, which makes us hopeful for the final product.

So at least Google isn’t the only one to launch without label backing, and of course it’s only in beta, so there’s hope yet. The only hitch is that Apple is rumored to have secured major studios’ blessings, and if it can launch with all the loose ends tied up, it would easily outshine the competition. There’s something to be said for waiting and shipping a totally complete product with all its bells and whistles intact versus packaging what you’ve got and getting it to (some of) the public on time.

The best free music players for MacOS
The difference between Google One and Google Drive
Amazon is having a sale on Google products – save on Pixel 6 and more
How to use the TV app on a Mac
Watch Meta demonstrate full-body VR tracking with just a Quest headset
The Aorus RTX 4090 Master is the biggest GPU we’ve ever seen
This MSI gaming laptop has a $450 price cut at GameStop today
Best Apple deals and sales for September 2022
Best Alienware deals for September 2022
Best external hard drive deals for September 2022
Best iPad Deals: Latest models on sale from $280
How to watch Intel’s 13th-gen Raptor Lake launch (and what to expect)
Why I’m almost ready to switch to AMD GPUs for streaming