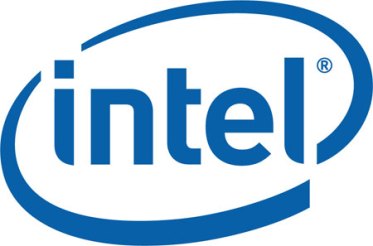 They’ll cost under $1000, be extremely thin and portable, start up in seconds, be produced by a number of manufacturers and go on sale before Christmas. Say hello to a new kind of laptop – the “Ultrabook.”

As reported by Reuters, Intel unveiled the new class of computer at the Computex technology exhibition in Taipei on Tuesday.

Asus will be the first company to release an Ultrabook computer (the UX21), which will be announced at the Computex exhibition. Its sleek design and added features could well give Apple’s MacBook Air a run for its money.

Talking to Reuters, Intel senior vice president Tom Kilroy said that Ultrabooks would be svelte and lightweight but at the same time be equipped with powerful processors. He said that by the end of 2012 Ultrabooks could have as much as 40 percent of the consumer laptop market. Kilroy also said that he expected the cost of Ultrabooks to go as low as about $600 over the next couple of years.

“We’re shooting for ultra responsive,” Kilroy said. “You’ll have always-on, always-connected, much more responsive devices, similar to what you would see with a tablet today such as an iPad.”

A statement released by Intel said that the Ultrabook has been made possible by the company’s latest 2nd-generation Intel Core Processors, enabling “thin, light and beautiful designs that are less than 20mm (0.8 inch) thick.”

The emphasis on the portability and responsiveness of Ultrabooks shows that the world’s biggest chip maker is hoping to make consumers think twice about purchasing mobile devices such as the hugely popular iPad tablet. Processors built by the California-based company are found in 80 percent of the world’s PCs but so far it has failed to make an impact when it comes to mobile devices. However, on top of the Ultrabook announcement, the Computex exhibition will also see Intel showcasing more than 10 tablets incorporating the company’s new Oak Trail processors – made especially for mobile devices.

Many computer manufacturers will be hoping that the new Ultrabook style of laptop will give them something to shout about and perhaps give Apple a reason to take a cautious look over its shoulder.