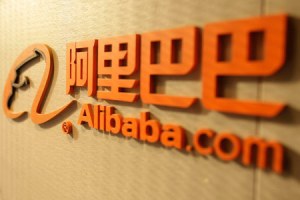 An internal investigation at Alibaba.com, China’s largest e-commerce site, has unveiled that company salespeople helped establish more than 2,000 fraudulent virtual vendors on the site, reports Bloomberg. The findings have led to the firing of more than 100 Alibaba employees, and caused Chief Executive Officer David Wei and Chief Operating Officer Elvis Lee to step down.

According to a company statement release to the Hong Kong Stock Exchange, neither Wei nor Lee were involved in the fake vendor schemes. Nevertheless, they wanted to take responsibility for the “systematic breakdown in our company’s culture of integrity” by resigning their leadership positions.

That “systematic breakdown” included a “noticeable increase of fraud claims by global buyers against China Gold Supplier customers” (i.e. Alibaba-verified vendors) from late 2009 through “much of 2010,” according to the statement. It goes on to say that “other steps to address the problem” were taken in the third quarter of 2010, which resulted in the level of new fraudulent accounts to “decline significantly.”

The Alibaba firings include “about bout 100 sales people, out of a field sales force of about 5,000,” said the company’s statement, “as well as a number of supervisors and sales managers [who were] directly responsible in either intentionally or negligently allowing the fraudsters to evade our company’s authentication and verification measures and systematically establish fraudulent storefronts on the international marketplace.”

Most of the fraud claims against Alibaba were for consumer electronic goods, and averaged about $1,200 per person. Alibaba spokeswoman Linda Kozlowski tells the Guardian that the company will repay each of the defrauded customers, which will cost the company at total of $1.7 million.

How to sell on eBay

How to buy and sell electronics on eBay or Craigslist