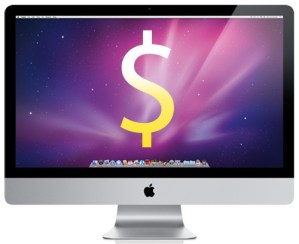 It’s high times in the world of Internet advertising. The industry reported revenues of $6.4 billion for the third quarter of 2010, according to a report released by the Interactive Advertising Bureau (IAB) and PwC. That is a new quarterly record for online ad revenues and represents a 17 percent increase over the same period last year. The rate of revenue growth is the highest since the first quarter of 2008 when online ad revenue grew by 18 percent over a year prior. (If you want to find the Mad Men-esque boom period for Internet advertising you’ll have to go back to 2005 when the industry was reporting growth rates upwards of 30 percent – high enough to make even a digital Don Draper smile.)

“The Internet has transformed consumers’ lives and how they experience entertainment, information and brands,” said Randall Rothenberg, President & CEO, IAB. “Marketers have embraced digital media because that’s where they can engage with their consumers. This vibrant, innovative industry is creating jobs and contributing to the growth of the U.S. economy.”

So where does all that money spent on Internet ads wind up? If you’ve noticed ads appearing more often in video form, then you won’t be surprised to hear that digital video ads performed particularly well in the first half of 2010 with a 31 revenue increase from 2009. Display banner ads as a whole – including banner ads and pop-up ads – pulled in more than $4.4 billion over this year’s first month, up nearly 16 percent from the same time period in 2009. Despite the increasing innovations in online advertising, text-based search ads (the kind Google displays along search results) remain the most profitable, accounting for $5.7 billion and 47 percent of all online ad revenues.

The news is a further indicator that companies who are looking to spend advertising dollars are looking more towards the Internet and away from traditional outlets like TV or print. Concerns about lost ad revenues have been cited as a likely reason that broadcast companies have been reluctant to embrace Internet-TV hybrid devices like Google TV. But with the Internet going increasingly mobile and effectively becoming available everywhere at anytime, companies looking to spend their ad dollars will have a clear choice on where to go to get the most bang for their buck.

If you think PCs are dying, you haven’t been paying attention
Microsoft Word vs. Google Docs
How to watch Super Bowl 2023 on your computer
The 6 biggest problems with ChatGPT right now
Best Gaming PC Deals: Save on RTX 3070, 3080, 3090 PCs
Pro users are already unhappy with the upcoming Mac Pro
How to schedule an email in Outlook
15 years later, the MacBook Air could soon have its best year ever
Turns out DirectStorage isn’t killing frame rates in Forspoken after all
Best laptop deals: Save on Apple, Dell, HP and Lenovo
Wi-Fi not working? Here’s how to fix the most common problems
The best Chromebooks for 2023
Best microSD cards in 2023: top picks for your computer, camera, or drone