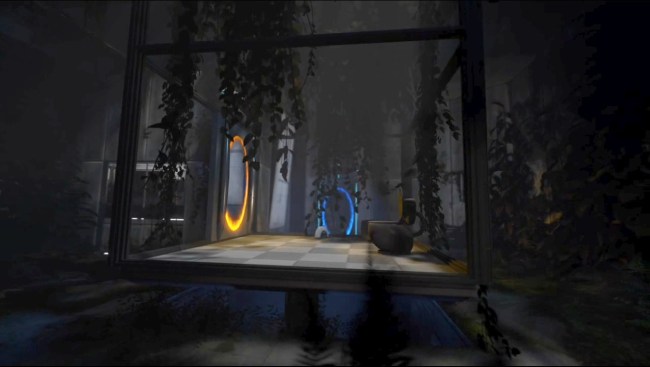 When Portal 2 is released later this year, it is expected to be a hit, and a big one. But IGN is reporting that when it is due out on Mac, PC, PS3 and Xbox 360, the old song “One of these things is not like the other” will take on a special meaning. Of the four systems, the Xbox 360 will be on the outside looking in, as PS3 will allow its online gamers to join the Mac and PC users in the same games and play against each other.

If you listen closely, you can almost hear the drooling of computer gamers that are certain that the mouse will give them a crucial advantage over controllers. It has never really been tested on a large scale if that is true or not, but we will soon find out. There is also the question of how the online systems will mesh together, and whether or not it creates additional lag. Time will tell.

Still, it is a technological marvel to see how this will work. It also offers a glimpse what the future of online gaming will hold. No word yet on if or when the Xbox might also be facing off against PC and Mac users–and dare we suggest—Xbox 360 versus PS3 users? Yeah, probably not.

I uninstalled Windows on my gaming PC, and I don’t want to go back

7 Windows shortcuts I use on my gaming PC constantly