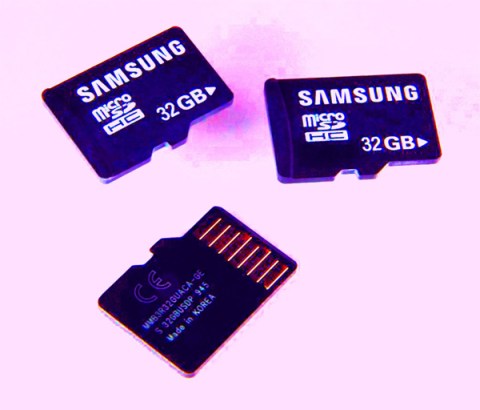 Samsung says its new 64GB moviNAND has been in mass production from December 2009, while its 32GB microSD is just now being sampled with OEMs, with mass production expected next month.