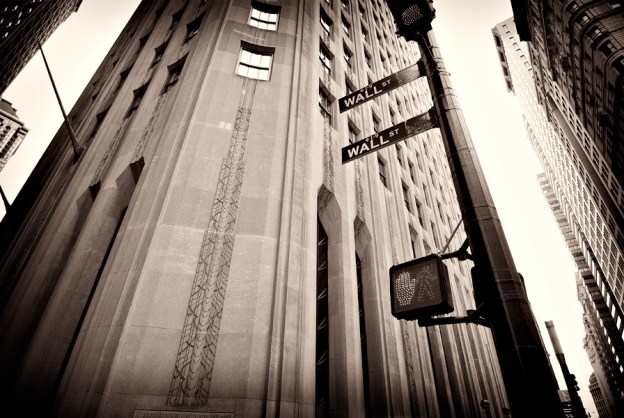 Dell computers used to be really cool. I remember waiting for the UPS guy to deliver my first Dell desktop, a Dimension 8100 with a 15-inch CRT monitor that looked like it could have stopped a rocket-propelled grenade. I was so excited that I somehow convinced my parents to take me to the shipping center to pick it up early. Not normally so tolerant of my chicanery, I think they were just very nervous I was going to get hit by a car waiting outside for the UPS truck. I remember printing out the computer’s order configuration, reading over each customized part until my eyes blurred: 80-gigabyte hard drive, ATI graphics card, 512 megabytes Rambus memory, USB 1.0 — oh hell yeah.

I can’t even recognize Dell anymore. Or maybe I should say I still recognize the Dell I first met in 2001 — which is worse. The company that Michael Dell started in his University of Texas dorm room, the company that made him the youngest CEO ever to sit atop the Fortune 500, and lavished him with personal riches estimated at $16 billion, is as outdated and out of place in today’s world as the old CRT monitor in the back of my parents’ garage.

Dell took his company public in 1988 at a share price of $8.50. This week, after 24 years, he announced that he will be taking Dell private once again, backed by a group of investors which include Microsoft, and almost a billion dollars of his own cash. The consortium will purchase all of Dell’s shares for $24.4 billion, or $13.65 apiece. It’s been quoted by a million tech bloggers over the past week, but I’ll repeat it here not as a cheap dig, but as a testament to Michael Dell’s impressive follow-through: When asked in 1997 what he would do if he was in Steve Jobs’ struggling shoes at Apple, he said “I’d shut it down and give the money back to shareholders.” Now Dell is basically doing just that. And it’s all the stock market’s fault.

The stock market serves a valuable purpose. China’s former president, Jiang Zemin, called NASDAQ “the crown jewel of all that is great about America.” The notion that a company with a good idea can pimp itself on the open market, enriching shareholders, spreading the wealth of success and the risks of failure, and funding future innovation and expansion, is the most efficient and equitable system of capital allocation ever devised. At least in theory. For companies with stable business models in mature industries with predictable product cycles, the stock market may offer all these benefits and more.

Technology companies are not those companies.

Technology changes quickly — sometimes by the day — and by definition tech companies must constantly innovate in order to stay relevant. Innovation is not a predictable pursuit, it’s a creative one. Sometimes it takes years of thankless toiling in an R&D lab for the “next big thing” to emerge, sometimes it never does. That’s the bet tech companies make. And the tech companies should also be the ones to profit from that bet — they are the visionaries bucking conventional wisdom in order to give us all what we never knew we wanted. If Apple hadn’t been left for dead by Wall Street in 1998, could the iMac ever have been invented? Why didn’t established giants like Yahoo! and Microsoft earnestly develop and champion disruptive technologies like smartphones, tablets, and social media?

Because stock markets instinctively operate on short-term thinking, and short-term thinking is anathema to good technology. Wall Street lusts for profit — that is, after all, the reason investors buy your company — and they get a report card on how you’re doing every two and a half months. They see how much cash you have in the bank, how much debt you’re carrying, how much of your revenue you are converting into sweet, sweet scrilla. They are constantly at your throat to do bigger and better, and if you don’t please them, they will vote with their wallets, which will hit you in yours.

The story is a well-worn one. Facebook has had a very tough public go of it since its IPO last year; the company has been marred by privacy concerns and organizational changes that have angered users. After its billion-dollar acquisition of Instagram, it modified the Terms of Service to allow for the right to advertise using your photos — without telling you. That the policy was quickly reversed and apologized for is entirely beside the point. It exposed the reality of Facebook’s new masters: Investors, not consumers.

Where innovation goes to die

A new study by Stanford Graduate School of Business assistant Professor Shai Bernstein, found that innovation at tech companies decreased by 40 percent after going public. Bernstein also discovered that innovation became more incremental and less ambitious. To further belabor the point, top inventors at tech firms were much more likely to leave following an IPO, and the ones who stayed behind suffered from serious “brain drain,” with the quality of their patents falling dramatically.

This concept isn’t that hard to understand. Quality of life at tech startups is notoriously grueling, sort of like sprinting for an entire marathon. Yes, you may get to sit in a beanbag chair, but you’re sitting there for 70 to 80 hours a week, with very little time off to see your family or have a life. The average length from inception to IPO is now approaching nine years for most tech startups, up from an average of five. Founders and the venture capitalists that fund startups want a big payday for their hard work — and deservedly so. But once innovators become overnight millionaires, the incentive to keep up the dizzying pace is rather less urgent. Coupled with newfound public pressures, it’s often a toxic combination.

Gary Pisano, a Professor at Harvard Business School, calls this the public/private paradox. “Just about every new venture dreams of going public; and then, the second they go public, they long for the days when they did not face relentless pressures from analysts, the Street, etc,” he told me.

Lots of private companies do just fine staying that way. Twitter is a well-documented example, and probably the best known of our particular technological epoch. But there are many others: Dropbox, Square, Softlayer, Craigslist, Spotify — all these companies thrive in the private sector, with values of billions of dollars or more. Bloomberg, the technology and multimedia firm that has weathered the media downturn better than practically all its competitors, is still private and valued at over $40 billion dollars. And profoundly disruptive companies such as Alibaba and Lytro — the maker of a camera that automagically allows you to focus on any spot in a photo, after you take the shot — have resisted the call to fast cash going public affords.

Investors always intend to make money, and you better believe Michael Dell isn’t doing this just for the fun of it. After a few years of belt tightening, re-structuring, and perhaps even some product innovation (praise be!) out of public scrutiny, Dell will emerge again, smelling of roses and ready to take the public’s money in an IPO. But stagnation at many public technology companies is the rule, not the exception, and that doesn’t make for a healthy tech sector. It means companies are slow to adapt, and slower to offer consumers — the ones who should really matter — what they really want: which are more daring, more innovative, more risk-taking tech companies.

Hurry! Grab this portable monitor while it’s $100 off at Dell