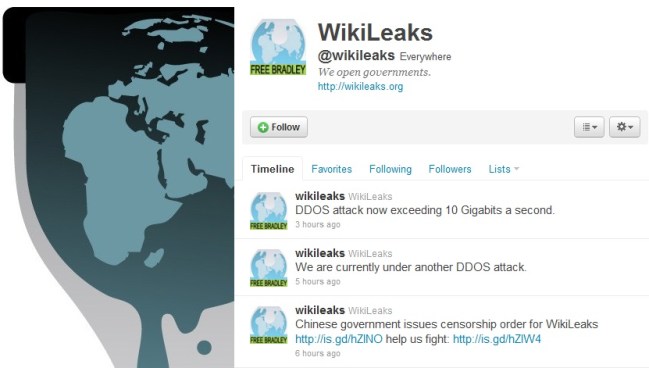 The recent Wikileaks dilemma played out widely on social media sites, including Twitter, and now the company is being ordered to turn over account information by a US court. A subpoena filed on December 14 (which was sent to The Associated Press) shows that the US Department of Justice will receive not only the account data of Wikileaks founder Julian Assange, but of suspected affiliate former US Army intelligence analyst Bradley Manning. Other supporters and volunteers (including a member of Iceland’s parliament) records were also demanded.

Twitter will have to turn over connection records and session times, IP addresses used to access its site, e-mail and physical addresses, private messages, phone numbers, and billing information, for four account holders.

Wikileaks of course had a response to the subpoena, telling Rueters it “strongly condemns this harassment of individuals by the US government.” According to Wikileaks, three of the four accounts in question belong to users who simply supported the site. Wikileaks isn’t the only one protesting: the Icelandic government plans to combat the actions with the US ambassador in Reykjavik, saying it would do everything to protect the privacy of its parliament member.

Shortly after the fallout from Cablegate, a hacktivist group by the name of Anonymous began attacking sites that were blocking WIkileaks access, including Mastercard and Visa. Members of this group were largely using Twitter to organize these online attacks.