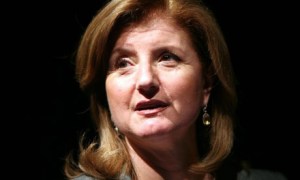 A group of bloggers has filed a class action lawsuit against the Huffington Post, its founder Arianna Huffington and its new parent company AOL, reports Fortune.

The lawsuit’s lead plaintiff is union organizer and journalist Jonathan Tasisi, who wrote for the Huffington Post from December 2005 until three days after AOL purchased the left-leaning news and blog site for $315 million, on February 6 of this year.

Filing of the suit follows weeks of public outcry by Huffington Post writers who have not been compensated for writing for the site. The Huffington Post employs a team of editors, but those who contribute to the site’s group blogs are not paid for their work.

This is not the first time Tasini has taken a publication to court. In 2001, Tasini successfully sued The New York Times for copyright infringement for licensing freelance writers’ material for digital distribution on databases like LexisNexis without their consent.

AOL has also been sued before for not paying workers. Two chatroom moderators who volunteered under AOL’s “Community Leader” program sued the company, saying that, because the chatroom service provided by community leaders “was very essential to the service in terms of what they were selling to the public,” they deserved to be payed at least minimum wage. AOL eventually settled with the volunteers for $15 million.

News of the suit against Huff. Po/Huffington/AOL comes only hours after an editor at AOL-owned software blog Download Squad, Sebastian Anthony, announced via Twitter that the company was shutting down the blog.

“In a world where software is moving towards ubiquity, AOL-HuffPo has seen fit to shut down the best software blog on the Web. Insane,” he tweeted.

The “AOL Way” has also resulted in the resignation of many top editors from its popular technology site, Engadget. Some of those editors, including former editor-in-chief Joshua Topolsky, have since announced that they have agreed to launch a new tech site with sports blog network SB Nation.

Last week, AOL fired Moviefone editor-in-chief Patricia Chui for asking freelance writers to work for free — a move viewed by many as hypocritical, considering the Huffington Post‘s long-time practice of doing exactly that.

Here’s why people are saying two-factor authentication isn’t perfect
More than 80% of websites you visit are stealing your data
Hackers stole LastPass source code in data breach incident
Hackers found a way to access Gmail, Outlook, and Yahoo inboxes
Hackers may be hiding in plain sight on your favorite website
Pico 4 VR headset is here to take on the Meta Quest 2
Nvidia CEO’s response to the EVGA controversy may surprise you
The HP Omen gaming laptop has a $400 discount today
This Lenovo laptop deal cuts the price down to $99
This dongle can bring a superfast Wi-Fi 6 connection to your old computer
Instagram appears to be down. Here’s what we know so far
Instagram is building a ‘nudity protection’ tool for your DMs
Get 3 months of NordVPN for free when you sign up today