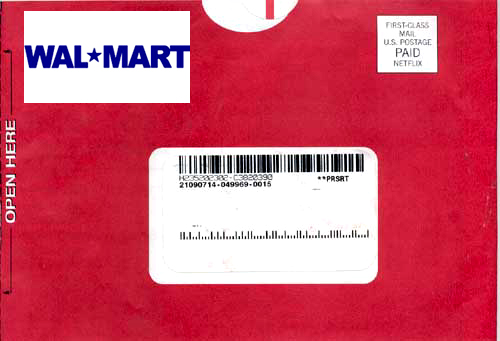 In 2009, Netflix subscribers filed a lawsuit against the company and Walmart for their alleged attempts to illegally control the DVD industry. The two companies are being accused of violating antitrust laws by monopolizing the market back in 2005, when Wal-Mart agreed to stop renting DVDs online and Netflix promised to keep physical copies from hitting shelves.

And it looks like they may have a case, since a federal judge granted class action status to the prosecutors on December 23. US district judge Phyllis Hamilton said that “As a result [of the agreement], millions of Netflix subscribers allegedly paid supracompetative prices.”

According to court documents filed on December 4, Walmart was quick to offer an out of court settlement – to the tune of about $40 million. One of the attorneys involved in the prosecution said that “The plaintiffs believe this settlement is fair and reasonable, and they are pleased they were able to reach this resolution with Walmart.” Netflix however, is holding out, and Steve Swasey, a spokesman for the company, told Bloomberg that “the case has no merit and we’re going to continue to defend it.” A trial date is set for January 2012, and prosecutors are ready to take on Netflix

Walmart offered its online video services for less than a year, and its elimination resulted in an immediate costumer increase for Netflix.The alleged deal also took place just as Blockbuster was attempting to offer online DVD rentals, and their pact made sure this not only failed but that their own investments in the market thrived. This agreement required the companies to market one another’s products. At the time, it was interpreted as a truce between the two, and Walmart claimed that HP had disconnected its video download technology (while in the same breath shuttling its former customers to Netflix).

Netflix has a year to decide whether it also settles with plaintiffs, or fights it out in court.