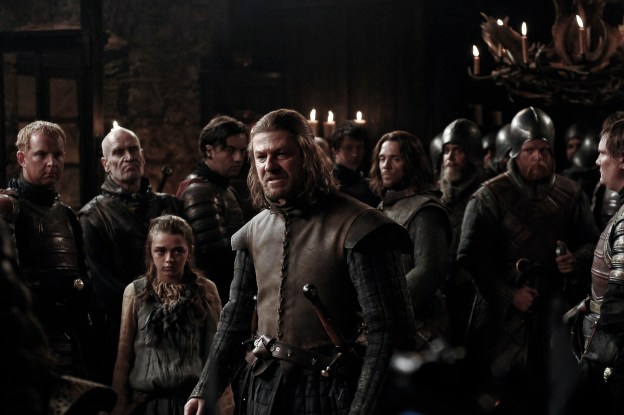 Fantasy author George R.R. Martin has joined the short list of authors whose work has sold over a million e-books in Amazon’s Kindle store.

The author of the wildly successful A Song of Fire and Ice series, Martin’s stories have experienced a massive surge in popularity since HBO began adapting the books for its Game of Thrones television series. The fifth book, A Dance With Dragons, hit shelves earlier this year.

Set in the fantasy realm of Westeros, the series is expected to unfold over seven books — meaning Martin has ample opportunity to continue his rise up the Kindle ranks.

“Groucho Marx once said, ‘I refuse to join any club that would have me as a member,’ but even Groucho might have made an exception for the Kindle Million Club,” said Martin of Amazon’s announcement of the feat. “It’s a real thrill to be inducted into this one. There are no dues, no meetings, and I’ll be in some wonderful and exclusive company. But really, all the credit here goes to the people who made it possible—to Amazon, my publishers, my editors, and most of all, my readers. I owe this to everyone who ever read one of my books and recommended it to a friend. Thanks, and keep reading. The best is yet to come.”

Martin joins ten other authors in the Kindle Million Club, covering a wide range of styles and subject matter.