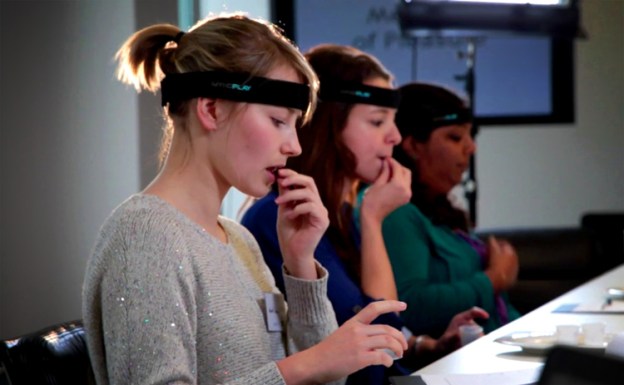 Tech journalists, public relations reps and developer blogs love throwing around complex words like we know what the heck they’re taking about. It’s our job to learn, but it’s also not your fault if you fall behind. After all, Internet trends have an average lifespan of about 25 minutes, and new ones pop up even more frequently. If you want to keep up with the pace of the Web, but don’t have time to comb through message boards for hours to master the lingo, here are some words you should look out for this week.

If crowdsourcing websites were high school clubs, Christie Street would be National Honor Society and Kickstarter would be the Ultimate Frisbee team (sorry, UF players). Christie Street offers few projects up for public funding because it curates the items it believes are worth your time. You know, ones that won’t fail halfway through or miss their delivery timeline.

Curated crowdsourcing is also a way for content producers to select the kind of people who participates with them. For example, if I wanted to create a music video about a Nyan Cat doll but don’t have the time to film every scene, I might send Nyan Cat dolls to a select group of my Internet-loving friends and ask them to send me clips of their Nyan Cat floating around their hood. Take all those clips and piece them together and I’ve got a full length video. Bam: Curated crowdsourcing.

“Audio-Technica curated crowdsourced its “Audio 911” video by reaching out to creative professionals to provide pitch concepts.”

A shortened version of “Subliminal tweet.” It’s a way of sending a tweet directed to a particular person or organization without specifying their name or @ mention their Twitter handle. The tweet usually has a negative overtone, giving tweeters a way to insult someone without that person ever realizing what is being said about them. And even if they did, they have no proof of who you’re really referring to…

“@MAContent: I can see your subtweet, Natt. RT @nattgarun: Man this dude needs to stop Instagramming photos from his honeymoon.”

A way of marketing via neuroscience. We’ve seen gadgets boasting neuroscience capacities, such as the Muse brainwave headband and Necomimi Cat Ears. There’s even a commercial for chocolates that claims the treat makes you 100 percent happier, neurally approved. You’ll begin to see these neuromarketing applications pop up more often as the general consumer market begins focusing more on what the brain can tell us – all without feeling like an asylum-bound lab mouse. After all, who doesn’t want products that are supposedly catered to what our brains instinctively enjoy? Science wouldn’t lie.

“A neuromarketer told me my brains would like these new pajama jeans, but I’m pretty sure my thighs like them more.”

As television and computer screens continue to grow larger in size, touchscreen capabilities will expand from not one or five-finger touch but for all 10 little limbs. This is apparent in Acer Aspire S7 and Lenovo ThinkPad x1 Carbon Touch ultrabooks. The capacitive in the term refers to how a user controls his or her touchscreen; Touch capacitive screens will recognize the electrical properties of a human finger so you can move about the screen regardless of how hard you’re pressing on the surface.

“I’m so much better at Fruit Ninja when I play on my ten-finger touch capacitive computer!”

That’s this week in our jargon lesson – check back next Monday to learn more!

Geezers with guns: why action heroes are older than ever