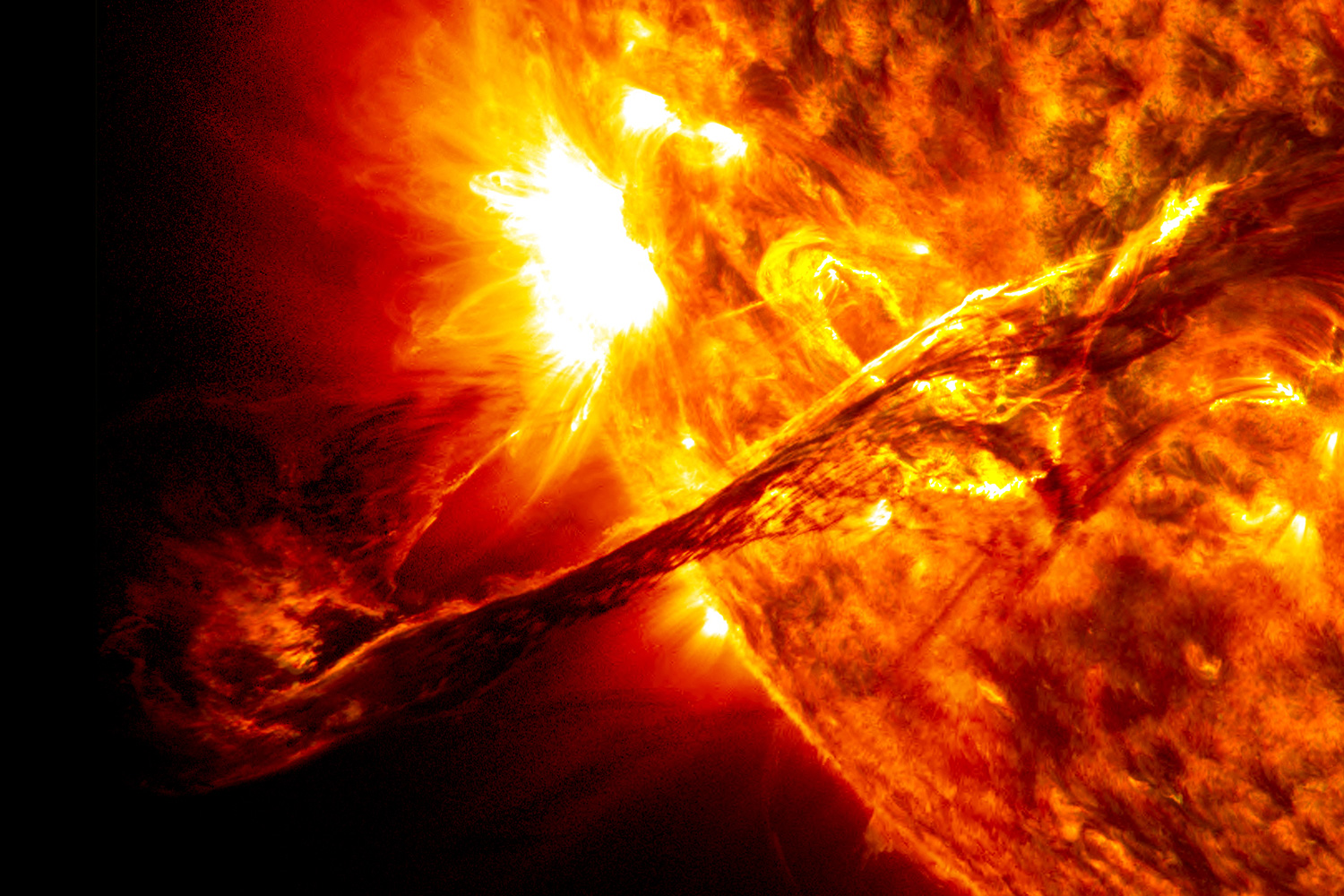 Last year’s hurricane season was one for the record books. In late August, Hurricane Harvey dropped more than 40 inches of rain on eastern Texas, making it the wettest and one of the costliest tropical cyclones on record. In late September, Hurricane Maria made landfall in Puerto Rico, devastating the island and causing the worst electrical blackout in United States history. A few weeks earlier, Hurricane Irma became the strongest storm ever recorded in the Atlantic region. Satellite views depicted Irma as shrouding Florida from coast to coast.

As if these hurricanes weren’t bad enough, residents in the Caribbean were threatened by another storm nearly 93 million miles away. Just as Hurricane Irma battered the Caribbean in early September, a series of solar flares erupted from the sun and caused emergency radio communications to go offline for hours, according to a new study published in the journal Space Weather. In the paper, the researchers note that the National Oceanic and Atmospheric Administration’s (NOAA) reported an eight-hour loss of high-frequency radio used by ham radio operators and other emergency bands.

“Space weather and Earth weather aligned to heighten an already tense situation in the Caribbean,” Rob Redmon, a space scientist with NOAA and lead author of the new study, said in a statement. “If I head on over to my amateur radio operator, and they have been transmitting messages for me, whether it be for moving equipment or finding people or just saying I’m okay to somebody else, suddenly I can’t do that on this day, and that would be pretty stressful.”

A few days later, on September 10, another large solar flare hit Earth and compromised radio communication for another three hours — around the same time that Caribbean islands like the Bahamas were recovering from and bracing for two consecutive storms.

Solar flares are strong eruptions of radiation, carrying electronics, ions, and atoms from the sun into space. Though flares occur often, they usually don’t impact our planet.

This isn’t the first time a solar flare may have meddled in affairs on Earth. According to a study published in Space Weather two years ago, a solar flare in 1967 nearly sparked World War III, jamming radars at the North American Aerospace Defense Command Post, and leaving U.S. Air Force officers to suspect Soviet interference.

Astrophysicists are looking into ways to shield the planet from solar flares, including using a massive magnet.

It’s unclear what indirect impact last year’s solar flares had on emergency and relief efforts, but the study may draw more attention to the real risks of these difficult-to-predict events.