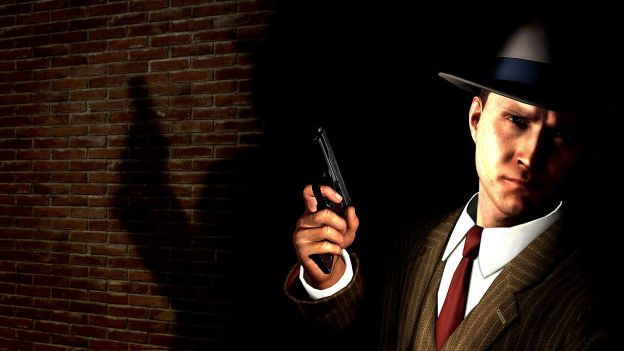 Is it better to be famous or infamous? In gaming circles, at least, L.A. Noire director Brendan McNamara has the dubious honor of being both, and the title of his new game, Whore of the Orient, will likely just feed both opinions.

After years (and years and years) spent in development, McNamara’s Team Bondi released L.A. Noire, one of the most ambitious and groundbreaking titles in recent years. The critics loved it, and the sales were very good, shipping over 4 million copies worldwide. But then it all went sideways.

Several former employees came forward and accused Team Bondi of unsafe working conditions, prompting the International Game Developers Association (IGDA) to launch an official investigation. And while all of the upper management at Team Bondi were criticized for their actions, McNamara was repeatedly singled out by employees.

McNamara, the founder and President of Team Bondi, was accused of intimidating employees, as well as creating massive amounts of confusion in the development process by making changes on the fly and not telling the proper leads–among other complaints.

“When Brendan came on board, it became clear that he was a huge bully with no talent, vision or management skill. But he really knew how to intimidate,” a former Team Bondi employee said.

It is not uncommon for employees to take issue with the management of gaming projects. The development cycle can be cruel to families, and the hours are beyond demanding. And when a game like L.A. Noire comes along that is creating something fairly unique, those problems can be magnified. But while Team Bondi could easily handle disgruntled employees—even if their claims were proven valid—being criticized by one of the biggest publishers in the world is a different matter.

Despite early rumors that Rockstar was considering incorporating Team Bondi into the family and rebranding them Rockstar Sydney, relations between the two companies soured. Soon after the release of L.A. Noire, Rockstar severed ties with Team Bondi, and among other things, claimed that McNamara specifically and the upper management in general were too difficult to work with, and that it was thanks to Rockstar’s assistance that the game was ever completed. The move proved a costly one to Team Bondi, who soon closed their doors for good.

But it didn’t take long for McNamara to land on his feet. According to the Australian Financial Review, McNamara and a sizeable chunk of the Team Bondi staff have landed at KMM studios, founded by George Miller , the creator of Mad Max (he also created the Happy Feet movies, but that doesn’t garner nearly the same amount of street cred).

Since reestablishing himself, McNamara has announced his new project, which bears the provocative title Whore of the Orient. No details have been released, but it seems possible that the title is referring to an old nickname for Shanghai.

The name was typically used during the city’s more colorful years before the Communist revolution in 1949, as the Shanghai attempted to integrate several different societies that were all vying for dominance of China. If the period setting of L.A. Noire is any indication, it seems like the setting will be Shanghai around or before the Second World War.

Although details are still mostly non-existent, you can expect that the game will feature the same type of facial animation technology that made L.A. Noire so groundbreaking.

‘L.A. Noire’ comes to HTC Vive, Nintendo Switch, and more this November
New Final Fantasy mobile game in the works from the director of 'Chrono Trigger'
Nintendo just announced tons of new games at the latest Nintendo Direct
Nintendo announces two new Animal Crossing games
How to change classes in Fire Emblem Engage
Fortnite: How to collect Dragon Balls on Adventure Island
How to get all Emblems in Fire Emblem Engage
Fire Emblem Engage bond levels: how to get max Bond Levels fast
Marvel Snap Battle Mode: How to play Marvel Snap with friends
Best Gaming PC Deals: Save on RTX 3070, 3080, 3090 PCs
The best video game remakes reinvent the classics, they don’t just revisit them
Best Buy will give you a $10 to pre-order Hogwarts Legacy today
Save $620 on this Lenovo gaming laptop with an RTX 3070