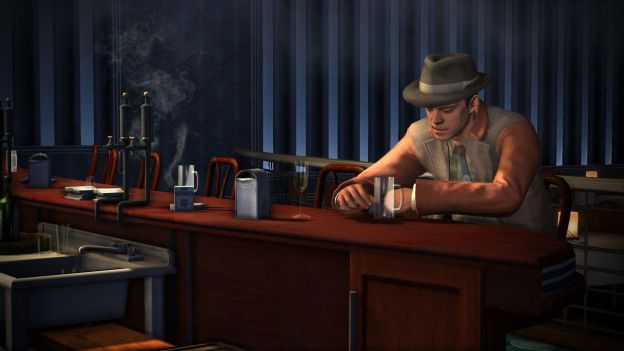 It has been a tumultuous year for Team Bondi, filled with some very high highs, and some very low lows. After nearly seven years spent in development, this May the results of years of work was finally released, and L.A. Noire was an immediate hit. Using facial animation technology in a new way, Team Bondi created a game that took existing gaming styles of gameplay and turned them on their head. L.A. Noire has sold close to two million copies worldwide, and both the game and the developer were applauded. Then the criticisms began.

It began when problems between Team Bondi and publisher Rockstar came to light. Rockstar had considered incorporating Team Bondi into its family and rebranding them as Rockstar Sydney, but then tensions between Team Bondi founder Brendan McNamara and Rockstar execs flared, and the publisher publicly refused to continue working with the developer. Fair or not, McNamara received the bulk of the blame for the deteriorating relationship, and that impression was further fueled by several current and former Team Bondi employees coming forth and claiming that the working conditions violated several legal and ethical rules. Over 100 developers were said to be excluded from the final credits as well.

There were defenders of Team Bondi, but the damage had already been done, and the loss of Rockstar as a partner became an insurmountable obstacle. Rumors of bankruptcy began to fly, and then a last minute save from George Miller’s KMM Studios seemed to be in the works.

Those negotiations ended up going nowhere, and now Gamasutra is reporting that papers filed with the Australian Securities and Investment Commission reveal that Team Bondi is in the process of fully shutting down.

L.A. Noire was originally planned as the first game in a potential franchise, utilizing the motion capture technology. The question now becomes, what happens to the property? Even without Team Bondi, the possible series-in-them-making has the potential to remain a lucrative one, and Take Two–Rockstar’s parent company and IP holder–isn’t likely to let a successful series die along with its developer.