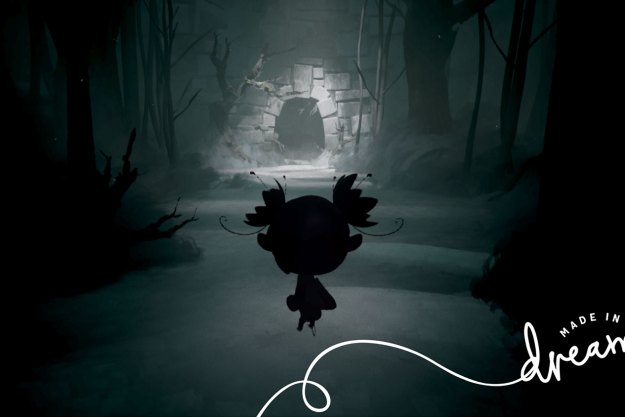 “Dreams uses smart controls and ridiculous depth to give you everything you need to make your own games.”

LittleBigPlanet developer Media Molecule has been teasing fans with its new project, Dreams, for years now, with fascinating videos and demonstrations of all the amazing things that you can make with it. Part game-maker, part content portal for user-generated games, Dreams has been a fascinating project to follow for all potential in the projects Media Molecule has shown off – In Dreams, players can make their own characters, their own mechanics, their own artwork, and even their own music to create games and movies, and share it with others.

Until we had a chance to actually try Dreams, though, it was impossible to know if its seemingly intuitive creation tools would really be as easy for enough for any player to use. Now that we have actually laid hands on it, we can confirm the game really makes creating games shockingly easy. Using only a PlayStation 4 controller, you can make whole games, whether you want to draw characters and landscapes from scratch (and code them as well), or remix old concepts into something new.

The demo we played ahead of E3 2018 let us try some of the levels and games Sony showed off during a lengthy hands-off presentation at PlayStation Experience 2017 in December. It was only a quick taste — a fraction of what Dreams is capable of — both in its ability to provide users the ability to make stuff, and keeping them supplied with a constant stream of new, interesting projects from the community. It’s clear, though, that the only barriers keeping you from something cool in Dreams is the drive to dig into its features, and your imagination.

Our hands-on demo opened with a quick tutorial of Dreams’ “imp” characters — floating puffballs that players control using the motion controls inside the DualShock 4 controller. Essentially, the imp is a pointer with a face, allowing users to interact with menus and game elements in a variety of ways.

When you’re in a game space, imps can “possess” other characters with a press of the R2 trigger, allowing you to dive inside them and take control. With that same button, you can use your imp to interact with objects in game worlds, and using motion controls, you can “pick up” objects or drag them around. In the tutorial, we used our imps to open a locked door by lifting a latch and unscrewing a bolt. The format and level interaction feel reminiscent of things we’ve seen in touch-happy PlayStation VR games.

Games don’t have to use both kinds of controls, but they can. In one of the Media Molecule-created game vignettes, or “dreams,” we occasionally had to “depossess” the level’s animal avatars to pick up and move objects to solve puzzles.

The only barriers keeping you from something cool in Dreams is the drive to dig into its features, and your imagination.

It’s an intuitive, fluid way to give you multiple levels of control over Dreams: You control the characters of the dreams, but you can also step back and use the imps to move objects. Step back further and you can access menus that can take you to various creation areas, where the imp functions as your digital hand, allowing you to pick up, change, move and place objects in a game space.

Learning how the imps worked led to a crash-course in game creation, starting with the template of assets Media Molecule includes with Dreams. On the creation side of things, the basic controls for making things consist of navigating menus to find what you need, picking those objects up, and placing them in the world.

You can generate entire environments very quickly. That comes largely from the “clone” tool, which makes it possible to quickly copy and paste objects around a game space to fill a space. By holding L1 when selecting something with R2, you can instantly copy that object. It comes in handy when you’re doing things like laying down large swaths of ground, or making trees to fill out a forest. The directional pad on the controller lets you instantly scale an object larger or smaller, and you can tilt and adjust it with the DualShock’s motion controls. All the controls are easy to use, and with them, you can whip together a game from pre-fabricated pieces in minutes or hours.

Most importantly, though, it all works…

That’s the quick way. If you want to make something unique, it’s also possible to dig deep and make everything from scratch. The logic that powers, say, a game character, allowing them to perform actions like attacking or jumping, is all saved in a deeper layer that’s accessible in Dreams. It’s possible to dig in and change or create code for characters, but it all already is done for you if you would rather not get lost in the minutiae; Dreams gives you the option to go as deep or as shallow as you like.

Dreams uses the idea of “performance” to allow you to create things quickly and easily. For instance, we created a gameplay portion in which our characters had to jump onto a floating rock that would carry her across a gap, from one chunk of ground to another. To create the animation, we used an animation object that recorded our actions, and then just moved the rock where we wanted it to go. When we stopped the recording, the animation was part of the game, and we could adjust its speed and timing quickly and easily.

The same thing went for creating our own music for the level. Media Molecule has pre-fabricated elements like bass beats and other pieces of tracks, but Dreams also includes a bunch of synthesized instruments that you can use to record your own music. The game provides a grid that represents the instrument, and where you point your controller on that grid, along with which button you push on the controller, produces a specific sound. Once you get a sense of which buttons and spaces make what notes, you can record yourself performing a piece of music, and then almost instantly drop it into your game.

Of the 45 minutes or so we spent with the game, about half of our time with it was dedicated to these quick attempts at making rudimentary games, music, and art. It showed just how easy it could be, and how complex Dreams can become for people willing to dedicate the time. Most importantly, though, it all works, quickly and relatively painlessly.

Exploring a universe of creations

While Dreams has been positioned as a platform for content creation, that isn’t the only way to engage with the game. The title is also a robust system for finding and playing other people’s games: It’s possible to never make anything of your own, and exist in Dreams solely as a player. Or, if making stuff isn’t your forte but curation is, you can create lists of other people’s content to share — perfect for streamers and other influencers.

We tried out a playlist with a number of short vignettes, many of which Media Molecule showed at PlayStation Experience. None lasted more than a couple of minutes, but they demonstrated a lot of versatility. One bleak, horror-themed title found a little girl walking through a darkened forest, with a red figure popping up in the distance to evoke jump scares. Another was a quick spaceship dogfighting experience. Another, created during the yearly “Train Jam” game development jam on the way to the yearly Game Developers Conference, was a short platformer with a 2-D art style, with the character climbing through (and crashing through) comic book panels. Everything about that vignette, down to its sound effects, was created during the 50-plus hours of the game jam.

It all suggests that Dreams will be phenomenal tool for both making stuff and playing stuff, one that will accommodate a variety of players and whatever level of dedication they’re willing to give it. There’s definitely a learning curve to overcome, but it’s mostly about familiarity with the relatively simple controls and menus. The potential of the package really is kind of amazing, though. Dreams has a stunning number of capabilities, but none of them feels daunting or out of reach. Rather, this feels like something that could teach and embolden a new generation of game creators — and it’ll be fun to just play, too.