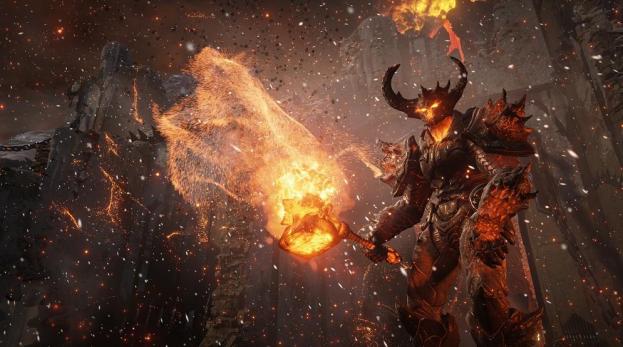 Cliff Bleszinski, the design director behind all of Epic Games titles, has had hand in the development process of each game project from the Gears of War series to Bulletstorm, and that’s not all. Bleszinski also worked closely with the Unreal Engine 3 team to ensure that the latest technology upgrades are working fluently in Epic’s games, and has had a close on on the future that will come to us by way of Epic’s newest engine that will soon be seen everywhere. With Unreal Engine 4 making it press debut at E3 this week, Bleszinski talks about what impact this next generation game engine will have on PlayStation 4 and Xbox 720 games moving forward, as well as how it will push PC gaming.

Can you explain how you work with the Unreal Engine 4 team as they develop their technology?

The way that I generally tend to work with the various teams is to learn from our mistakes. When we’re transitioning from Unreal Engine 3 to Unreal Engine 4, we’re losing critical architecture, issues with collision, for example, that were made in Unreal 1 as far as how the cylinders work. If you wanted to have a snake-like creature, you would have to manually code a bunch of cylinders linked up together, as opposed to having an improved primitive system. Lighting was something that initially in ’97 or ’98 we were going to place light points and you would be able to manually scope a light. Don’t you want the ability to manually control every aspect of the world? That sounds good on paper, but at some point, light is light, and light bounces. By doing this we’re allowing natural systems to just interact and we’re freeing up the manual labor that was initially involved in building levels.

Can you talk a little bit about like the line between creativity and technology and how you tow that line at Epic?

When I pitch a feature to anybody on the team, I don’t just look at it from being fun or showing off the engine or for benefitting the fiction. I look for something that benefits all three. So if we have amazing particle systems that then create a certain kind of creature that you have to deal with in one environment, and then this creature also benefits the fiction of what your enemy is, and it also shows off what the new tech is, that’s a trifecta feature. These are the best features that we look for any time we implement anything in the game. If we have an amazing new material effect, we want to create a weapon that allows you to maybe spray the material effects on the walls so you can then support who you are as a character in the narrative like a Ghostbuster dealing with slime, those kinds of things. So anytime something shows off new tech, benefits what your fiction is and actually has some sort of unique game mechanic, you have something special. Case in point to give Valve props for Portal 2, when they actually had the minute ball stuff for Portal. That was really one of those things that benefited everything and made it a better game therefore because of it.

On one hand, you have this increase in graphical fidelity of games looking closer and closer to CG realism. They’re looking like a pre-rendered CG film or action movie. That’s going to be a lot of work. The light model removes a lot of the extra work in regards to individually sculpting every last angle of what that lighting is. You can put a couple of lights in a scene and it will just work. You don’t have to create the light rig that’s the equivalent of the ceiling above a mainstream TV show where there are 5,000 light fixtures everywhere.

What do you see based on what you guys have been working on with the Elemental demo as the next big step with games that are going to be developed with Unreal Engine 4?

I think the first and obvious thing is better graphics, but better graphics do not necessarily make better gameplay. I want to help craft an engine that allows for more systems interacting with one another that will just allow for my kind of hypothesis that there’s a direct correlation between how great your game is and how many YouTube videos it can yield, and that doesn’t count bugs by the way. So the more we allow different systems to interact and to debug them quickly, then we can have richer, deeper game experiences that lead to better games that gamers will play for months and years on end.

What are you most excited about when it comes to the Unreal Engine 4 games that will be shipping over the coming years?

I’m excited to see what the licensees do with it. When you get people like Ken Levine working on BioShock Infinite with UE3, you get the guys from Bioware doing Mass Effect, it’s like, “Wow, I didn’t know that was possible.” And I’d go to our coders and ask them, “How did they do that with our engine? I want that feature as well.” But I’m also just looking forward to the entire package. For me, next generation isn’t just straight-up better lighting. It’s not just cooler, millions of interactive particles. It’s not huge landscapes. It’s not they have destructible objects. It’s all these things working together in unison. If you look at the previous generation of Xbox 360 games and PlayStation 3 games, there are a lot of very static environments. Now we’re going to be able to truly shake that up with all these features that I just mentioned a moment ago.

What impact do you think Unreal Engine 4 will have on bridging the gap between Hollywood and games?

Part of the problem with the previous generation of games on the Xbox 360 and PlayStation 3 is that we seemed, as creators, to be so obsessed with being the director of a scripted experience. I would love it for the industry to get more towards the player being more the star in these experiences. I go back to Warren Spector’s quote from GDC when he got his award and he said we seem so obsessed with showing gamers how creative we are as creators, as opposed to letting them show us how creative they can be in the games. That’s just been one of the studio’s mantras I’ve had lately.

Topics
Every video game delay that has happened in 2023 so far
The best capture cards for 2023: Xbox, PlayStation, and PC
The best PSVR games for 2023
Shoulders of Giants brings mascot-era nostalgia to the roguelite genre
WWE 2K23: release date, editions, pre-order, and more
Despite divisive dialogue, Forspoken gets a lot right about open-world games
The best RPGs for the Nintendo Switch
How to link your Fire Emblem Engage and Fire Emblem Heroes account
Xbox and Bethesda’s Developer_Direct: how to watch and what to expect
Goldeneye 007 comes to Game Pass and Nintendo Switch later this week
The best iPhone games in 2023: 31 games you need to play right now
I can’t believe I’m recommending Forspoken on PS5 over PC
Redfall’s May 2 release date revealed during Developer_Direct