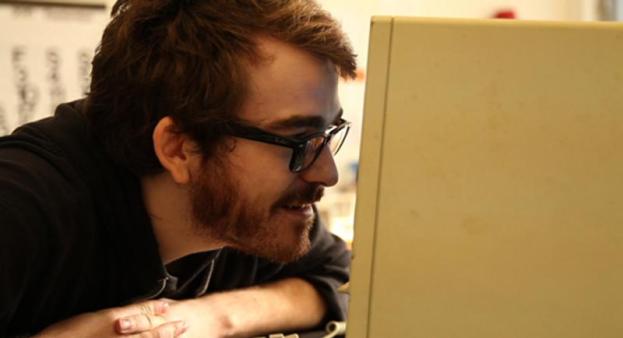 Independent game developer Phil Fish has announced that he is quitting the gaming industry for good. He waved goodbye to all the suckers, then picked up his ball and went home. In the process he also cancelled Fez 2, which was announced only last month. And all over a Twitter argument with a journalist.

Anyone who’s been following Fish’s career should not be surprised. Fish was a comet, burning up the closer he got to the sun, his career flashing across the industry’s sky just long enough to leave a significant afterimage on our retinas.

“Fez II is cancelled,” he wrote on his company Polytron’s website on Saturday. “i am done. i take the money and i run. this is as much as i can stomach. this is isn’t the result of any one thing, but the end of a long, bloody campaign. you win [sic].” On Twitter Fish said that he “fucking hate[s] this industry.”

Fish earned a significant amount of attention after being spotlighted in the 2012 film Indie Game: The Movie shortly before his only game, Fez, released on Xbox Live (and soon after on PC). But by then he was already infamous. Fez first appeared at the Independent Game Festival in 2008 and was in development for almost five years. The game always looked great, but after the first few years concerns about its ridiculously long development overshadowed any buzz about the game itself. And Fish has never been afraid to share his brash and often unpopular opinions with the world.

In response to a handful of Twitter criticisms, Fish once (in)famously opined “people telling me they’re going to pirate my game because they dont like me. gamers are the worst fucking people [sic].”

When Fez finally came out, the charming and imaginative game proved to be lousy with bugs. Fish quickly released a patch, but it corrupted some users’ save files. A second patch was then stopped by the exorbitant fees that Fish claimed Microsoft charged developers to update games. Microsoft recently changed that particular policy, and Fish promised a patch to fix his original patch. But given his outburst over the weekend it’s unclear whether that will happen after all.

There’s no doubt that Fish is passionate about what he did. “To me games are like the ultimate art form,” he says in Indie Game: The Movie. The documentary follows three indie game developers, including Fish, during the creation and release of their games. Fish’s clash with former business partner Jason DeGroot, who Fish perceived was trying to sabotage him, is well documented in the film. “I’m gonna lose my shit,” he says. “I’m gonna—I’m gonna kill him. I’m gonna fucking murder that guy and it’s going to get everybody in trouble.”

“…this is isn’t the result of any one thing, but the end of a long, bloody campaign … you win”

Fish’s threats ended amicably with a legal settlement, but the vehemence of this on-camera freakout would eventually prove symptomatic of his entire public persona. In his most recent spate—the one that led to the cancellation of Fez 2—he suggested that journalist Marcus Beer, who goes by the pseudonym “Annoyed Gamer,” take his own life, among many other insults. Beer had called Fish (and to a lesser degree Braid developer and Fish’s Indie Game co-star Jonathan Blow) a “tosspot,” a “hipster,” a “wanker,” and a “fucking asshole” on a GameTrailers video podcast.

Fish was a vocal critic of Microsoft’s policies – his thoughts on Microsoft’s fees to developers, for example, were well known. When Microsoft announced that the Xbox One wouldn’t allow indie developers to self-publish, Fish was characteristically vocal in his dissent. “With Microsoft they’ve made it painfully clear they don’t want my ilk on their platform,” he told Polygon. But when Microsoft reversed the policy and the press reached out to Fish for comment, he refused to reply, sparking Beer’s fairly vicious and personal attack. Beer went on to say that he felt Fish’s silence was a snub to gaming journalists everywhere, and that the press should ignore his next project. Fish later claimed that due to the lack of details from Microsoft he “wasn’t snubbing journalist[sic]. I was waiting for the actual news to come out.” That didn’t stop him from engaging Beer, however.

Fish has long nurtured a contentious relationship with the press. Just last week he criticized Polygon for quoting another controversial figure, indie developer Kevin Dent, in an article about those same Xbox One policies. He went as far as asking whether Dent owns shares in Polygon, suggesting that the publication is fundamentally corrupt.

“There’s always a threat of the whole thing just falling apart any day now,” Fish says in Indie Game: The Movie. He was talking about Fez and his quarrelsome relationship with Microsoft, but the quote seems almost prescient at this point, and he may as well have been talking about his own career. Even if this whole thing is a poorly thought out bluff or Fish simply changes his mind once he cools down, his public character will always overshadow whatever he deigns to create in the future.

Yet it takes someone who feels as strongly as Fish does to make a game a like Fez, and to stick with it through five years of problematic development. Indeed, it seems that it’s through games that the man expresses himself most effectively. There’s no vitriol in Fez; only quiet humor and beauty with subtle depth. The real shame of what occurred here is that if Fish stays good on his promise to “take the money and…run” then Fez is the only glimpse into his complicated soul we’ll ever get.

So long, Phil Fish, we feel we hardly knew you. Here’s hoping we can get better acquainted some time down the road.