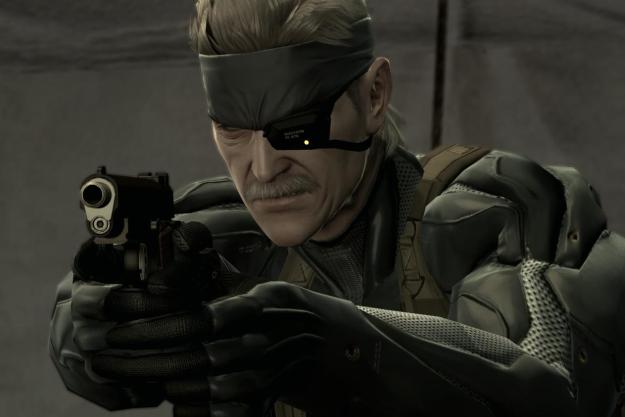 “An incredible collection for the handful of fans that don’t already own everything included.”

The new Legacy Collection includes eight Metal Gear games (including spin-offs like the VR Missions), two digital graphic novels, and a booklet that includes images of promotional artwork from the various games over the last quarter century. In that sense, this is arguably one of the best video game collection ever released. The Metal Gear titles are among the most well received and influential games in video game history, so the Legacy Collection is filled with quality content all gamers should play. It’s all stuff that’s been previously released though, which makes it a question of value.

HD re-releases and collections are big business, especially on the PS3. In the last few years we’ve seen multiple God of War Collections, the Jak & Daxter Collection, the Journey Collector’s Edition, the Ico and Shadow of the Colossus Collection, and many more. The Xbox 360 has collections as well, but the PS3 is loaded with them, and most are console exclusives. It’s a low risk/high return proposition for developers, and the collections generally offer something new to fans – maybe HD graphics or a re-release of a game that debuted on a different platform. The problem then with the Metal Gear Legacy Collection is that it is really just a re-release of a previously released Metal Gear collection.

There is no questioning the quality of the games. Essays have been written hailing the greatness of the series, awards have been given out, and all gamers are recommended to try them out. The only thing new in this set, however, is the code for the original Metal Gear Solid (and the VR Missions), and MGS4, which – like this offering – is still a PS3 exclusive. The other games are just repackaged re-releases of last year’s HD Collection. So who is this geared for?

If you are a hardcore fan, you may already own the HD Collection, and if you are a hardcore fan on the PS3, you’ve probably already played MGS4. The code for MGS is nice, but it is not an HD remake, rather the same downloadable game anyone can purchase off PSN for $10. In that sense, yes, this is a good value when you compare it to the cost of the individual releases, but for a fan it is more of a replacement to last year’s Collection – which was released on the actual 25th Anniversary, by the way – than something new to buy.

The real missed opportunity is keeping this as a PS3 exclusive. Sure, the PlayStation has been the home of Metal Gear for years now, ever since Metal Gear Solid appeared as a PSone exclusive in 1998, but the release of MGS4 on the Xbox 360 would have been significant (and wildly profitable for Konami). Instead, this collection is just a more convenient way to buy things most Metal Gear fans on the PS3 probably already own. If you are going to release an anniversary compilation, especially a year after the anniversary you are celebrating, you should offer something new. The oft-discussed HD remake of the original Metal Gear Solid alone would have been enough to warrant the cost of yet another collection, but this one is aimed at the wrong audience.

The Metal Gear Solid Legacy Collection is an amazing collection of some of the best video games ever released, and it is a must own for fans of the series on the PlayStation 3. Seriously, if you are a fan and don’t own some or all of this collection already, go buy it and count yourself lucky that we live in an age where wonders like this are possible. If you are among this set’s target audience though, the hardcore MGS fans, odds are there’s nothing new here for you to buy.