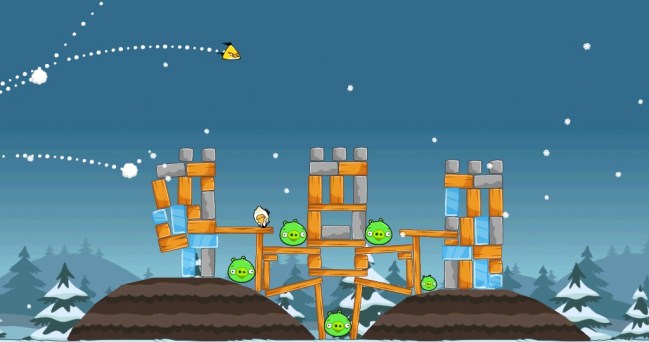 Angry Birds has made the leap from mobile to the Nintendo 3DS and Wii, but Nintendo believes it may be the exception rather than the rule. Speaking about the recent announcement that Angry Birds would be hitting the company’s new handheld, NOA President Reginald Fils-Aime didn’t mince words, arguing that many mobile games are overpriced and are a threat to the video game industry as a whole, reports CVG.

“I catually think that one of the biggest risks today in our gaming industry are these inexpensive games that are disposable from a consumer standpoint,” said Fils-Aime, who is known to speak his mind.

“Angry Birds is a great experience but that is one compared to thousands of other pieces of content that for one and two dollars actually create a mentality for the consumer that a piece of gaming content should only be two dollars,” said Fils-Aime. “I think that some of these games are overpriced for one or two dollars…The fact of the matter is that we create compelling content. We’re an entertainment company and we believe that 35-40 dollars for a great piece of Nintendo 3DS content is an appropriate price.”

While there are many mobile games that are overpriced for $2, many would argue, that there are simply more games all together. There are hundreds (perhaps thousands) of games for the Nintendo DS and Wii, but hundreds of thousands of games available on mobile platforms. Mobile has lowered the barrier for developers who don’t have the budget to develop for systems like the 3DS. And while the average DS game is likely better than the average mobile game, some would argue that many DS and Wii games are overpriced for what they offer.

Do you agree with Fils-Aime?