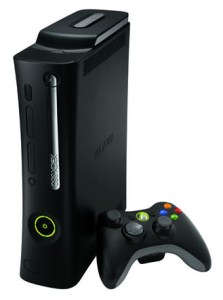 Video game hardware and software sales in US declined 10 percent in August, according to a report by market researcher NPD Group. Year-to-date numbers aren’t any better, with revenues dropping 8 percent compared to last year. The August numbers tell an interesting story: Sales of game software dove 14 percent, compared to the 5-percent slide for consoles and portables.

Falling 12 percent, August was the weakest month for the Nintendo Wii ever since its 2006 launch. The news doesn’t get better for Nintendo, which saw sales of its touch-screen Nintendo DS plummet 38 percent. The company is planning a successor model to the DS with a 3D screen, expected in March 2011. Despite declining sales, the Wii remains one of the best selling consoles of all time.

But it’s not all doom and gloom in the report. For the third month in a row, Microsoft’s Xbox 360 outsold Sony’s PlayStation 3, PSP, Nintendo DS, and the Wii. In fact, both PS3 and Xbox 360 sales have seen their sales volume go up while the Wii declined. Microsoft will likely continue to have strong sales in anticipation of its Kinect motion-sensing accessory with a free game, expected in November.

Sony’s Move controller, which strongly resembles the Wii’s wand, will go on sale this month and will probably impact Nintendo’s sales numbers even more.