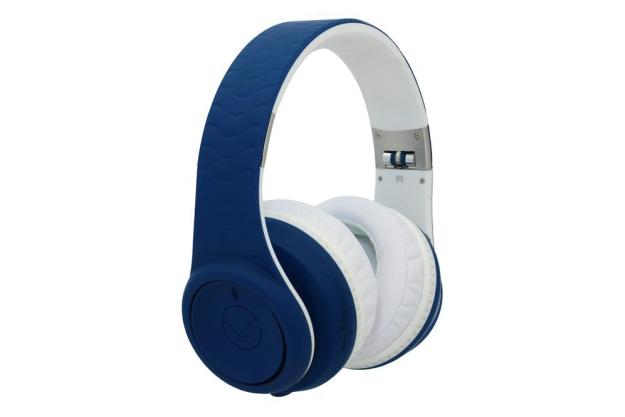 “The Fanny Wang 3000 has some pretty stiff competition and it just can’t compete.”

If you think we’re going to take some kind of high road and refrain from poking fun at this headphone brand’s name, you are sorely mistaken. Come on, people; it’s Fanny Wang. We consider ourselves a reasonably mature bunch here at Digital Trends HQ, but the very mention of these headphones sends even the stodgiest of us into an irresistible, Beavis and Butthead-like chuckle state.

Naughty nomenclature aside, we have a headphone review to do here. So let’s just pretend the name isn’t “Fanny Wang,” and focus instead on what these $300 noise-canceling headphones bring to the table, and whether they are worth the investment.

Fanny Wang has packaged its 3000 series headphones to sell. It comes in a heavy-gauge, matte-finished box, which will have you thinking the headphones inside are probably just as high quality. Inside the box we found the headphones packed inside a semi-soft shell case with the accessories tucked away in a small, hidden box.

The case itself sports a carabineer up top, presumably for clipping to travel bags. Though we question how secure that is, it is likely the best option, as the shape of the case doesn’t lend itself to easy packing. Since the ear cups don’t swivel, the case has been designed to accommodate the headphones’ shape once folded down.

We’re just not fans of the case. Though we think it sufficiently protects the headphones in an over-packed bag, or against the occasional drop, it is difficult to cram the headphones inside. Wrangling the zipper shut is a challenge as well. And the tight fit has some other consequences, which we’ll discuss shortly.

Along with the ‘phones we found the cable outfitted with Fanny Wang’s “duo jack” –which allows anyone else with a set of headphones to tap your audio stream — an airline adapter and a 3.5mm to ¼-inch adapter.

The Fanny Wang 3000 series shares some design features with the Beats by Dr. Dre — that is a fact. However, there are enough differences between the two that we’re not going to spend a lot of time belaboring the point.

One key difference is the finish on the plastic parts, which has that rubbery, matte feel that we’ve seen on several other makes of headphones recently, and happen to like quite a bit. That rubbery finish is extended to the headphones’ detachable cable, which is also thick enough to resist tangling. It is on the cable that we found a three-button control microphone, which we enjoyed for its extra-large, easy-to-press buttons.

The ear pads consist of faux leather covering memory foam, which we found a little slow to bounce back after long-term pressure. The headband cushioning seems particularly slow to resume its original shape after the headphones are folded down for storage. In fact, two indentations remain on the underside of the headband, even after the headphones had been left unfolded for several days. That, in our opinion, is a major design flaw and it had an effect on our comfort when the headphones were worn for long periods.

Otherwise, the 3000 series is robustly built. The hinges at the base of the headband are very high quality and not likely to break, nor is the head band or ear cup assembly.

Fanny Wang claims its 3000 series headphones use a total of four microphones working together to optimize noise-canceling performance. Two mics are positioned on the outside of the headphones to detect outside noise that needs canceling out while two more microphones are rather unconventionally placed within the ear cups to help optimize the sound that is heard by the listener. The idea behind this approach is that the circuit will provide standard canceling while also adjusting the EQ curve to make the end product sound as intended.

In addition to the noise-canceling circuit, Fanny Wang has installed a built-in amplifier with a bass boost option, allowing further control over the sound curve.

Both the noise-canceling circuit and amplifier are powered by two AAA batteries tucked away behind a removable panel on the outside of the left ear cup assembly. The switch that activates noise-canceling and bass boost is located on the back half of the right ear cup toward the top, and accented by an LED that glows blue for noise-canceling, then green for bass boost.

The 3000 series exerts enough clamping force to keep them secure on the head without causing undue pressure on the ears. The ear pads breathe well enough that our ears didn’t begin to sweat too quickly, though we did have to take a break after an hour or so of listening.

The real comfort issue here is with the headphones’ headband which, in addition to being deformed during storage, doesn’t feel soft at all. It tends to wear down on the crown of the head over short periods of time.

The Fanny Wang 3000 series’ noise-canceling prowess is its most admirable attribute. We actually found it cancelled noise — both passively and actively — a bit better than the new and similarly priced audio-technical ATH-ANC9. After a lengthy side by side comparison of both models on a six-hour flight to and from New York, we found the 3000 series provided more consistent cancellation from top to bottom and was more successful at dealing with both static and emergent noise. That’s where the 3000 series’ advantage ended, however.

After a healthy break-in period, we started our listening to the 3000 series in passive mode directly from our iPhone.

Our first impression was mostly positive. Without any of the electronics engaged, the headphones have weighty, well-controlled bass capable of thumping the ear when called to do so. The electronic bass drum at the opening of Jamie Cullum’s “I Only Have Eyes for You” was round and poignant without bloat. When the acoustic drum set came in, the dryness of the ride cymbal was convincingly reproduced, as was the cross-sticking on the snare drum. Cullum’s voice was perfectly — no congestion or nasal overtones. The treble region seemed a little hot in places, though. So we moved on to another track to give the highs a closer listen.

As we moved through some acoustic guitar recordings, we noted that many transients were heavily accented, particularly the percussive effect of picked guitar strings. It was a dazzling effect that gave the impression the headphones were yielding a great deal of detail. Yet, as we continued to listen, we noted that there were some high-frequency bumps. Still, we didn’t find it to be a problem for most of the music we listened to. In general, the 3000 series sounded warm, thanks to that accented lower treble band. Then we turned on the noise-canceling.

While it is normal for a noise-canceling headphone to sound different with the feature engaged, the delta between the two settings on the Fanny Wang 3000 series is vast — and unattractive. The entire treble section became un-listenable. We found all the highs harsh and abrasive. Thinking a little bass might help balance things, we engaged the bass boost option. All that did was add some boom to a really bright room. The bass was indeed boosted, but along with it came an undesirable bloat in the mid-bass that hadn’t been there before.

The difference in performance with the amp and noise-canceling was so vast, we had to think that maybe the headphones needed some noise to cancel in order for them to sound right. After all, those exterior and interior microphones were supposed to be detecting some kind of pink noise – maybe the electronics needed something to do when they were engaged.

So we tried again on that flight to New York. Once we were in the air and the plane’s engines had settled into a low hum, we grabbed the 3000 series and gave them another go using the same tracks we had used before.

This time, the bass boost was a welcome addition. Even with the headphones’ superior noise canceling ability, we wanted more bass — and the bass boost switch delivered. We were even able to overlook the slight bloat we heard in the lower midrange before. But the high frequencies still grated on our ears, and now that we actually needed the noise-canceling to hear the music on the plane, the harshness was inescapable.

The Fanny Wang 3000 series is a stylish, well-built headphone with some of the best noise-canceling we’ve ever heard and a bass boost that helps in noisy environments. Unfortunately, that superior noise-canceling comes with overdriven treble response that had us wanting to take the headphones off after just a few minutes. We also found the headphones weren’t very comfortable for long-term use, and the carrying case brought more problems than it did solutions.

While $300 is a reasonable price for a stylish, high-performance headphone with more than adequate noise-canceling capability, the Fanny Wang 3000 has some pretty stiff competition and it just can’t compete. For that reason, we can’t offer our recommendation for these headphones.