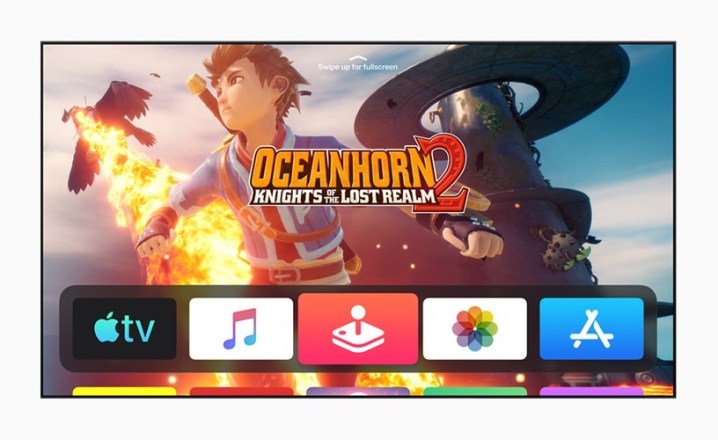 If you’ve been patiently waiting for Apple to get through its beta period of testing for tvOS 13, your wait is finally over. With tons of new features — like Apple Arcade, multiple user profiles, and a revamped home screen — tvOS 13 is now here and available for download on Apple TV 4K and Apple TV HD.

It’s a big update for Apple TV users that comes alongside Apple’s move to iOS 13 for its iPhones and iPod Touch models, as well as the arrival of the inaugural version of iPadOS (yes, the iPad gets its own software name now).

Among the most notable features you’ll find after updating your set-top box is the addition of multiple user profiles. Apple has traditionally considered its iPhones, iPads, and Apple TVs single-user devices, which means that pretty much every user preference, from font size to dark mode, must be chosen for the device itself, not the person actually using it. With Apple TV at least, that’s now a thing of the past. The result is that video and music recommendations can be personalized, and so can picking up where you left off — a key piece of Apple’s video strategy as it encourages people to view content on more than one device that has Apple’s TV app.

a key piece of Apple’s video strategy as it starts to encourage people to move from one Apple TV app-device to another.

Apple Arcade is another huge addition. Apple’s gaming service was recently priced at just $5 per month, and now Apple TV users get to experience that unlimited gaming experience on the biggest screen in the house. One surprise on this front is the ability to use a Sony PlayStation DualShock 4 or Microsoft Xbox Wireless controller for playing these games. In the past, Apple TV was only compatible with just a few specifically built iOS game controllers like the Nimbus Steel Series, so it’s great to see Apple going the same route as Android TVs devices like the Nvidia Shield TV.

The home screen gets a refreshed look too, though not everyone will be thrilled by this change. Previews are now full-screen, with individual app icons floating on top of the live-action background. This is a lot like Netflix’s auto-preview feature, making it a controversial choice.

Apple Music is an all-new experience on Apple TV in tvOS 13, thanks to the addition of perfectly synced on-screen lyrics that can also be used as a way to jump forward and backward within a track. And needless to say, tvOS 13 is going to play a huge role in the rollout of Apple TV+, Apple’s streaming video service.

Looking to try out the latest software for Apple TV, including a new set of underwater screen savers? Simply head into the Settings menu on your Apple TV, then hit System > Software Updates and select Check for Update. It should find the latest version, at which point it will say so and you can click Download and Install to start downloading.