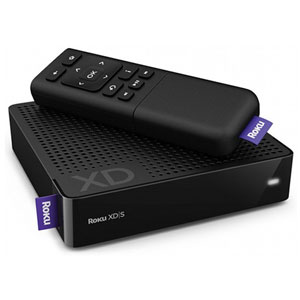 If you’ve been loyally sticking with an older Roku streaming device, it might be time to say goodbye. On December 1, a number of old models will lose the ability to access Netflix, making these devices a little less useful for those who subscribe to the massive streaming service. Maybe its time for a new Roku gizmo?

It’s not just old Roku players that are seeing this message. Apparently some older smart TVs — including many older Samsung televisions — are also losing the ability to stream Netflix:

Due to technical limitations, Netflix will no longer be available on this device after December 1st, 2019. Please visit netflix.com/compatibledevices for a list of available devices. — Netflix support page

If you own one of the affected devices, you’ll see one of these messages the next time you fire up the Netflix app.

The affected Roku models are among the first generation of players, some having debuted as long ago as 2009. These devices can still run thousands of other Roku channels so they’re not completely useless once they lose the ability to run Netflix. Nonetheless, Netflix remains a top driver of Roku device purchases — so much so, that when Netflix announces an unexpected drop in subscriber numbers for a given quarter, Roku’s stock takes a hit. More than half of all hours streamed on a Roku device can be attributed to two sources: Netflix and YouTube, according to CNBC.

Roku is painfully aware of its reliance on Netflix and has been actively working on new features, partnerships, and revenue models to reduce the importance that Netflix plays in its fortunes. The Roku Channel acts as a central hub for finding content to watch from dozens of channels, including premium offerings like HBO and Showtime.

The Featured Free menu option that is part of Roku’s OS 9.2 software drives viewers to ad-supported, free movies and shows that bring in advertising revenue. Plus, the recently announced addition of the Apple TV app (and soon-to-launch Apple TV+ service) will further insulate Roku from ups and downs associated with its Netflix relationship.

If you decide it’s time to upgrade, the good news is that you can do so for as little as $30. The new Roku Express is a palm-sized media streamer that comes with a basic Roku remote and it doesn’t do 4K or video, but you still get the latest Roku software and many handy features like remote listening via the free Roku app for iOS and Android.

Updated on October 18, 2019: Information added about older smart TVs that may also be affected.

Topics
NAD’s CS1 adds wireless streaming music to any audio system
I replaced my kitchen TV with an Echo Show 15 — and I kinda liked it
SiriusXM now has an app for Vizio TVs
The Apple HomePod is back, with new smarts, and a lower price
Best 65-inch TV deals: Save on QLED and OLED for Super Bowl
A rare Disney Plus deal just started — get it while you can
LG brings Apple TV, Apple Music, and AirPlay to webOS Hub-based TVs
This Super Bowl deal knocks $2500 off Samsung’s QN800B 8K TV
The best family movies on Netflix right now
The 50 best movies on Netflix right now (February 2023)
There’s a huge Sonos flash sale happening right now
The best movies on Amazon Prime Video (February 2023)
The best new shows to stream on Netflix, Hulu, HBO, and more