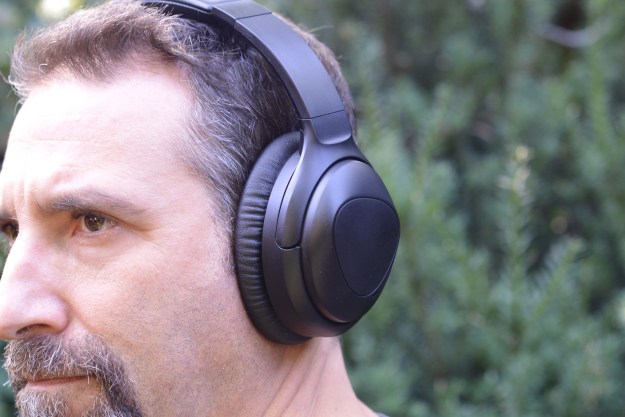 “Crank 'em to 11. With built-in volume-limiting, your ears will thank you.”

What do you look for when buying new wireless headphones?

Since its inception, Puro Sound Labs has been laser-focused on one idea: Preventing noise-induced hearing loss (NIHL) by designing headphones that automatically limit their maximum volume to safe levels.

The company has justifiably received props for its child-oriented Puro headphones, but now it has its sights set on a very different market: Those looking for a high-performance set of wireless ANC headphones.

Can its $200 PuroPro deliver all the bells and whistles we are used to, while simultaneously caring for our overworked ears? Let’s find out.

Before we discuss what’s in the box, let’s take a moment and appreciate the box itself. Made from what I assume is balsa wood, it’s incredibly lightweight and it handily deals with the question of what to do with the headphones’ packaging: Simply reuse it any way you like.

It’s quite handsome, and even though it’s clearly not going to take much abuse, it could be a handy spot for keeping charging cables, USB sticks, or any number of other digital accessories that have taken over our lives.

In that box, you’ll find the PuroPro, nestled in their hard-shell carry case, along with a Micro USB charging cable and a volume-limiting analog cable. Other than the cardboard sleeve that wraps the wood box, the PuroPro is completely devoid of materials that need to be discarded or recycled.

One look at the PuroPro and you know exactly what inspired their design. They’re dead ringers for Sony’s WH-1000XM4 wireless headphones. That’s not a bad thing; if you’re going to copy someone, you may as well copy the best.

The similarity goes deeper than looks, though clad as they are in all matte black plastic, they really do look a lot alike. The slim, pivoting earcups are held in place with forks that blend seamlessly into the headband. These can rotate a full 45 degrees, which lets the earcups lie flat when around your neck, and they fold at the integrated hinges for easier storage.

The ear cushions are very plush and super-comfortable. But because they’re so well-padded, there’s a good bit of wiggle room. Move too quickly and you can feel the PuroPro shift on your head. Those with larger heads may not notice this as much, but my noggin was already on the headband’s smallest setting, so smaller-headed folks could find it problematic.

Still, as long as you’re not planning to use them for jogging, I wouldn’t worry about it. I certainly wouldn’t give up an ounce of their impressive comfort for more stability.

The fork swivels move with virtually no resistance, and though that sounds like a good thing, it reminds me of mechanisms on less expensive models — it’s the only thing that detracts from an otherwise premium design.

At 32 hours of claimed battery life with ANC turned off, and 28 with it turned on, the PuroPro are right up there with some of the best wireless ANC headphones. It’s around the same as the Sony WH-1000XM3 or XM4 and much better than the Bose Noise Canceling Headphones 700, which only last 20 hours.

There’s no quick-charge option, something that virtually all headphones offer these days.

It takes two hours to fully charge them from empty, but strangely, there’s no quick-charge option, something that virtually all headphones offer these days.

Charging is handled via a Micro USB connection, which may mean — depending on your smartphone — you’ll need to carry two cables with you when traveling.

You won’t find any fancy touch controls on the PuroPro. Instead, you get a simple and easy-to-use set of physical buttons located on the underside of the right earcup.

It’s a fairly typical arrangement: A rocker button takes care of changing the volume and track-skipping functions, while the power button acts as a multifunctional control for power, play/pause, call answer/end, voice assistant access, and putting the headphones into Bluetooth pairing mode.

A third button is dedicated to letting you advance through the three ANC modes (two ANC levels plus an off mode).

Once you memorize the button press sequences, using the controls becomes effortless.

At only $200, you can’t expect the PuroPro to sport every feature that more expensive headphones offer, but there are two that I wish they had: A wear sensor, which some wireless headphones use to automatically pause the music when you remove them from your ear, and Bluetooth Multipoint, which means you can pair the headphones to two devices simultaneously, like a phone and a computer.

Despite being headphones that intentionally cap volume levels, the PuroPro do an admirable job of preserving sound quality.

Their EQ is remarkably neutral, and it mostly avoids playing favorites with low, mid, or high frequencies. Bass is distinct but never overpowering, and both vocals and instruments get a chance to shine.

There’s warmth as well as definition, and though the PuroPro don’t place individual sounds around you with great precision, the soundstage itself is still pleasingly wide.

Their EQ is remarkably neutral, and it mostly avoids playing favorites with low, mid, or high frequencies.

In order to hear the PuroPro at their best, you need to engage the ANC function at level 1 at the least. Without ANC turned on, low-end sounds suddenly lose their power and the mids and highs veer unpleasantly upward. This has the effect of overemphasizing vocals, most noticeably with male tenor singers. On The Doors’ deeply haunting Riders On The Storm, Jim Morrison’s voice comes across as sharp, instead of smoky.

Thankfully, this bizarre ANC requirement doesn’t affect the PuroPro’s analog wired performance — you get the full range of sound quality even when they’re powered down.

Other than just being a really decent set of wireless headphones, the PuroPro’s main attraction is its volume-limiting feature.

When using the headphones wirelessly, you can choose between the default setting of 85dB maximum loudness, or switch to the more liberal 95dB by holding down the volume up and down buttons for three seconds. If you use the included analog cable for wired listening, the volume is limited to 85dB.

You can always get around these restrictions by using your own headphone cable, but I strongly recommend sticking with them. If you’re used to having free reign over your volume levels, there’s a good chance you’re exceeding 85dB. I don’t think of myself as someone who routinely cranks up the volume, but I was nonetheless surprised when I hit the 85dB maximum — it’s quieter than I expected.

I consider this a good thing — it means that the PuroPro are giving me the opportunity to reset my listening habits to a healthier level. According to Puro Sound Labs, 85dB is the maximum safe sound listening level that is recommended by organizations such as the World Health Organization (WHO) and the Occupational Safety and Health Administration (OSHA), and allows for up to 8 hours of safe listening.

As I said above, having the PuroPro’s ANC turned on when listening wirelessly is a must if you want decent sound. But overall, the ANC function doesn’t live up to the term “noise cancellation” — it’s more like noise reduction.

Level 1 was able to reduce the sound of a nearby bathroom fan, but not by an amount that made it fade into the background. Level 2 sounded identical to me.

And while ANC performance is mediocre, neither levels 1 or 2 introduce unwanted hiss — a feature of poorly executed ANC — so at the very least, your music quality won’t be affected even if you can’t quite eliminate as many external sounds as you’d like.

Unlike some headphones with ANC, the PuroPro don’t have an ambient mode for piping external sounds in.

Call quality on the PuroPro tended to vary a lot, and it was hard to get a consistent result. Walking up and down a street with the occasional car going by proved easy for the headphones, with my caller sometimes not even noticing the passing vehicles. But, then, when I sat in a very quiet space in a garden, my caller noticed a decrease in call quality, with the microphones apparently picking up sounds that I wasn’t aware of.

I wouldn’t classify this performance as unusually bad, but as with many wireless headphones, call quality is not one of the PuroPro’s strengths.

Though they’re not spectacular for noise cancellation, the PuroPro are a comfortable set of wireless headphones that offer good sound quality and a unique volume-limiting feature that should help to protect your hearing from the long-term damage that can come from exposure to loud music.

Volume-limiting can be found on several models of kids’ headphones, including those made by Puro Sound Labs, but the PuroPro are the only model I’ve seen that’s aimed at adults. As such, they’re in a class of their own. But if this feature isn’t a must-have, check out our list of the best wireless headphones for several great alternatives.

The PuroPro come with a one-year warranty from Puro Sound Labs. Their overall build quality is good, and so are the materials. You can expect them to last as long as most products in this category if you take care of them.

Yes, but only if their volume-limiting feature is a must-have.

Topics
The best speakers for 2023: great hi-fi options for music and more
The best wireless headphones for 2023: which should you buy?
The best noise-canceling headphones for 2023: Sony, Apple, and more
Best headphones for 2023: Sony, Sennheiser, Apple, and more
YouTube TV: plans, pricing, channels, how to cancel, and more
Apple’s MLS Season Pass is about more than just streaming games
Best 75-inch TV deals: Get a large screen for the Super Bowl
Flash sale drops the price of this 55-inch QLED 4K TV to just $370
Netflix expands its spatial audio, number of devices that can download content
Sony’s 2023 AV receivers are Sonos-ready and work with wireless speakers
Rode’s NTH-100M headphones are built for gamers
The best movies on Disney+ right now (February 2023)
Perfect for the Super Bowl, Samsung’s Frame TV is $1000 off