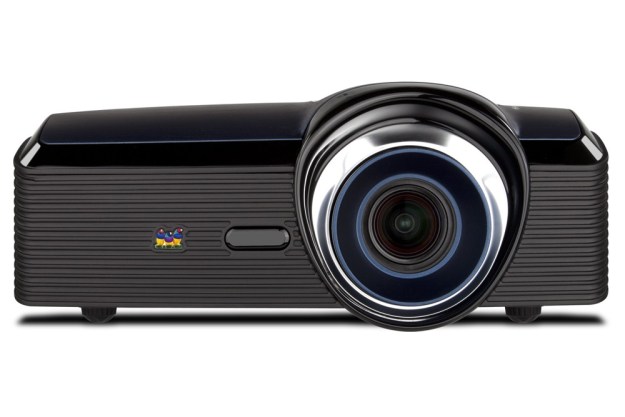 “We think ViewSonic has a winner of a projector on its hands with the PRO9000.”

Though the price of high-quality home theater projectors has come down quite a bit in recent years, there’s one daunting aspect of projector ownership that keeps would-be owners on the fence: lamp replacement.

Projector lamp replacement is a frequent and expensive affair. The halide, halogen and xenon lamps that have powered projectors for years tend to be both expensive and fragile. And, since they need replacing after about 1,000 – 3,000 hours or so of use, the recurring cost of projector ownership can get out of hand in a hurry. If only there was some piece of modern-day technology that could eliminate these expensive lamps!

Ah, but there is. The LED, which is largely responsible for bringing us some of the thinnest TVs we’ve ever seen, has also brought big changes to the world of projectors. Long-lasting, cool-running LED lamps have done much to reduce the ongoing costs associated with projectors since they generally last as long as the expected life of the projector. Also, since LEDs run at a cooler temperature, much of the bulky equipment needed to keep traditional lamps cool can be omitted, resulting in smaller, lighter, more portable projectors.

But LED lighting on its own wasn’t good enough for ViewSonic, which had to go and create a Laser LED hybrid lighting system that is meant to offer even better color performance than standard LED projectors and, as a bonus, do away with the color wheel, which is known to be the source of the dreaded “rainbow effect” that plagues many DLP projectors.

ViewSonic has folded this technology into its PRO9000 projector, which it bills as the world’s first 1080p Laser LED hybrid projector. Sounds enticing, doesn’t it? We thought so – add lasers to just about anything, and we’re on board! So, we requested a review sample and put the PRO9000 through its paces to determine whether it offered performance on par with what its name seems to imply.

Measuring 12.6 x 5.3 x 10.2 (W x H x D – in inches) and weighing in at about 9.4 pounds, the PRO9000 could never be confused for a compact business projector like the InFocus IN1144, but it is smaller and lighter than many popular competing projectors such as the Epson PoweLite Home Cinema 8350 or the Panasonic PTAE8000U, and comes with a carrying case, should you want to take it on the road.

Though projectors generally aren’t the focus of the room they inhabit (the huge screen usually gets all the attention) the PRO9000 is an attractive unit with strategically placed curves, and a gloss-black finish that is tastefully broken up with a navy blue, textured panel near the top of the lens.

In the box with the projector we found the aforementioned carrying satchel, a remote control and a pair of AAA batteries for the remote.

First, it is important to note that the PRO9000 is a home theater projector, not a home entertainment projector. Home entertainment projectors tend to be very bright so that the images they produce can be seen well in rooms with a fair amount of ambient light. These projectors are great for living rooms and bonus rooms, but they don’t offer the sort of high-end performance that can be had from a home theater projector.

By contrast, home theater projectors are meant for dark, dedicated rooms where movie watching is the primary use of the room. As such, they tend to have better black levels, contrast and shadow detail than their home entertainment-oriented cousins.

Aside from its Laser LED hybrid light engine, the PRO9000’s feature set reads like many of its similarly-priced competitors with two notable exceptions: it does not offer 3D or lens shifting ability.

For those unaware, lens shifting allows more flexible projector placement because the lens can be physically moved to account for off-axis positioning. The PRO9000 does offer keystone correction, though, which helps square up the image for those times when the projector is placed such that it has to beam the image to the screen at an angle.

Some might also balk at the PRO9000’s lack of 3D capability, but you won’t hear us complaining about that. We’ll take superior 2D performance to an average 2D projector with 3D ability tacked on any day.

It might seem surprising that a projector at this price point doesn’t offer those two popular features, but bear in mind that what you get for your money with the PRO9000 is the peace of mind that comes with knowing you will never have to replace a lamp, and your brightness levels will not change much over the course of the projector’s life span. Many of the projectors in this class might come with 3D or lens shifting, but their lamps will give up the ghost long before you’re ready to give up on the projector.

Aside from those two omissions, the PRO9000 offers admirable specs, features and connectivity. You get two HDMI inputs, and support for VGA, composite, and S-Video as well. An RS-232 allows for custom control.

The PRO9000 is rated to output a maximum of 1600 lumens, and offers a contrast ratio of 4,000:1 (dynamic). The lens is capable of providing 1.2x manual zoom (not all that impressive) and manual focus. Native resolution and aspect ratio is 1080p and 16:9 respectively.

We don’t recommend using them for anything other than a board-room presentation, but the PRO9000 does offer on-board speakers. Please do yourself a favor, though, and have a decent audio system at the ready.

Finally, we’d like to give ViewSonic a great big nod for providing one of the brightest and most legible backlit remote controls we’ve ever seen. Don’t hold this thing too close to your face or you’ll be momentarily blinded – it’s that bright. We loved using the remote during our testing period as it made it extremely easy to make on-the-fly changes between sources and make quick adjustments to picture settings.

The PRO9000 does very well for a projector in this price range. Brightness levels were more than adequate for our darkened theater outfitted with a Da-Lite easy-install home theater projection screen. Out of the box, black levels and shadow detail were very good, but not excellent. We did see a bump in shadow detail performance once we adjusted some key settings (including gamma) but black levels remained about the same.

We were most impressed by the PRO9000’s excellent handling of color. Not once did we ever feel as if the color was overblown and artificially vivid. Bright colors popped when they were supposed to, but more muted tones were handled with impressive accuracy. If faithful color production is an obsession for you, this projector is likely to make you very happy.

Speaking of color production, we didn’t see even the slightest hint of the rainbow effect that is commonly associated with DLP projectors. This effect, which has frustrated DLP viewers for years, is usually most noticeable when bright, fast-moving objects cross a dark background. Some can force themselves to see it by quickly darting their focus from one side of the screen to another. But, since the PRO900 uses a red and blue LED coupled with a Blue lasers firing at green phosphors instead of a standard color wheel, rainbow effect is a non-issue

When watching Blu-ray discs, lines were sharp and details well defined. The PRO9000 did a great job of giving us the sense that we were viewing a high-definition picture, even though the image was over 100-inches diagonally. Upscaled DVD, however, was considerably less impressive at that size. We noticed quite a bit of blurring around lines and it was easy to notice sudden and drastic changes in shades of color. Considering the excellent upscaling job our Oppo BDP-95 has done with other large displays, this came as a bit of a surprise.

We think ViewSonic has a winner of a projector on its hands with the PRO9000. Its cool and quiet operation, relatively compact size and light weight, excellent color reproduction, stellar remote, and admirable brightness levels are trumped only by its 20,000-hour “lamp” rating. We didn’t miss this projector’s lack of 3D capability for a second, but we’ll let you decide whether lens shifting trumps never having to swap out a pricey light bulb. Regardless, this is a nicely competitive projector, and an excellent choice in the under-$4000 price class, especially for those who prize realistic color output.