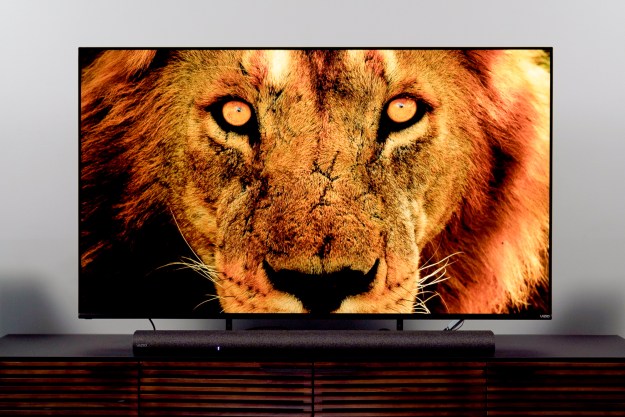 “From the picture performance to the price, the MQX is just right.”

For many years, Vizio’s M-Series TVs have been central to its business. Not only does the M-Series sit smack in the middle of Vizio’s expansive TV lineup – above the more modest D- and V-Series, but below the more premium P- and PX-Series – but it represents the highest level of value. It doesn’t try to break brightness or color volume barriers, but it does aim to deliver solid picture quality and an expansive list of desirable features at a very attractive price.

The audience for a TV like the M-Series is huge. Anyone that’s willing to pay a little bit more for a quality experience, but stops short of diving deep into confusing specs can appreciate what the M-Series stands to offer.

With that in mind, I’ve been eager to see how Vizio’s new 2022 M-Series Quantum X (MQX) would perform. With the addition of quantum dots, it promises brighter color and better HDR performance than previous models, but at the same approachable price.

I’ve spent several weeks with the TV, and here’s what I’ve learned.

For the past few years, the SmartCast smart TV platform has been the chief target of my complaints with Vizio TVs. It’s been slow, laggy, and generally frustrating to use. I’ve gone so far as to suggest anyone purchasing a Vizio TV should also plan to purchase a streaming device from Roku, Chromecast, or Apple, but I’m pleased to report that’s no longer necessary — SmartCast now runs extremely well on Vizio’s 2022 M-Series.

The initial setup of the TV ran noticeably faster on the new M-Series than I’ve experienced in the past, and I find navigating the TV’s menus and apps to be sufficiently snappy and responsive. Apps load quickly too, and to date, have never crashed on me. All of this is a huge step forward for Vizio and SmartCast.

The SmartCast layout isn’t to my particular taste, but there’s nothing specifically bad about it. My only lingering complaint about how SmartCast works is that, just like most smart TV platforms today, ads tend to sit front and center — shows and movies Vizio thinks you’ll want to watch are placed above the apps you may really want to get to. As I said though, this problem is not SmartCast-specific.

One other important note: As I write this, the Disney+ app does not support Dolby Atmos audio. I know that may seem like a very specific call-out, but when I tested the 2022 M-Series, I did so alongside the new M-Series Elevate soundbar, which supports Dolby Atmos, and I was disappointed some of my favorite test clips on Diseny+ wouldn’t be usable.

Overall, I give the Vizio MQX’s usability a thumbs up. The menu system takes a little getting used to, but if you just want to hit the power button and start watching Netflix, the MQX will get you there quickly enough.

While it may not read like an overwhelmingly positive endorsement, the fact that I was at no point distracted by something the Vizio MQX TV did poorly during my evaluation is actually high praise.

I spend a lot of time reviewing high-end TVs, and when you spend so much time looking at the best image quality on the market, it can be tough to step down to a TV with more modest specs and performance. But that wasn’t the case with the Vizio MQX.

Overall its backlight performance is quite respectable.

Before I pulled out my fancy TV measurement gear to gather a bunch of performance data, I grabbed a bunch of snacks and a few diet sodas and I just sat and watched TV. A lot of it. I rewatched several movies I’ve watched more times than I count, enjoyed a few new flicks I hadn’t gotten to yet, binged four episodes each of two different series I’d been excited to see, and even managed to play half an hour of video games on my Xbox Series X.

I enjoyed every second of it.

The Vizio MQX doesn’t use mini-LED backlights or have a tremendous number of local dimming zones like more expensive TVs, but I wasn’t distracted by any milky black levels or massive blooms of light around bright objects on a black background – issues that often plague TVs at lower price points. To be clear, the MQX does show a little blooming, most noticeable in dark grey areas. But overall its backlight performance is quite respectable.

As my measurements would later indicate, the MQX doesn’t have extremely accurate color output, but I never felt like the color was “off.” In fact, it looked great most of the time. There were a few moments when I felt like red and orange seemed a bit hot, but again, that’s because I evaluate a lot of TVs – I doubt most folks would notice, let alone be bothered.

And when watching HDR content? I was unexpectedly impressed. I measured the Vizio MQX’s peak luminance for HDR at 1,000 nits, which is sufficient for an enjoyable HDR experience, and I also determined it could put out full-screen white up to 600 nits, which means the TV can still look impressive in a room filled with daylight.

Moreover, those performance metrics are impressive considering the MQX’s asking price. The case for the M-Series’ high value continues to mount.

The Vizio MQX’s only apparent weakness is motion resolution. By default, even in the “Calibrated” picture mode which is aimed at video purists who would expect to see any motion smoothing in a TV turned off, some motion processing is turned on. Vizio isn’t heavy-handed here – De-Judder was set at a 2 out of 10, while De-blur was set to 1 out of 10 – but the net effect was enough for me to notice some artificial smoothing when I watched 24 fps movies.

I thought that decision was a bit odd until I turned both De-Judder and De-Blur off. When I did, I saw enough stutter/judder in slow-moving movie pans and enough blur in fast-moving sports that it became clear that, despite having a 120Hz native panel, the MQX’s picture processing benefitted from some motion interpolation. Fortunately, those “lite” motion smoothing settings didn’t introduce objectionable levels of Soap Opera Effect (SOE).

I should also mention that the Vizio MQX doesn’t offer particularly good sound quality. I wasn’t surprised by this, but it should be known by anyone who might purchase this set. Fortunately, Vizio makes extremely good-sounding, affordable soundbars, any of which will offer better sound than the speakers built into most TVs.

Plenty for gamers and geeks

Whether you’re looking at its box or its spec sheet, it’s clear the MQX is loaded with the kind of features enthusiasts are looking for. Vizio makes a specific appeal to video gamers, offering 4K 120Hz gaming with variable refresh rate (VRR) available, including AMD’s top-tier Freesync Premium Pro certification. When it’s time to game, the TV automatically kicks into game mode with an integrated gaming menu when it detects a console or PC has been powered on. The MQX is also one of the very few TVs that offers the latest Wi-Fi standard, Wi-Fi 6E which should enable smooth streaming and cloud-based gaming.

How it stacks up

The Vizio M-Series Quantum X has two chief competitors in terms of price and picture performance: the TCL 5-Series, and the Hisense U7H.

While TCL’s 2022 5-Series TVs have not yet been launched, I can say that the Vizio MQX outperforms the 2021 version available now in most areas. The Hisense U7H is a brighter TV than the Vizio MQX, but it’s also more expensive. There is, however, little to no competition at the MQX’s price point when it comes to the combination of picture quality and features it offers, especially when it comes to gaming prowess.

This puts the Vizio MQX in a unique position within the TV market. It’s a bit pricier than the TCL 5-Series but less expensive than the Hisense U7H. Meanwhile, its picture performance and gaming features are right in line with what I think a huge percentage of shoppers want.

I guess you could say the Vizio MQX is the Goldilocks of the value TV segment: just right.