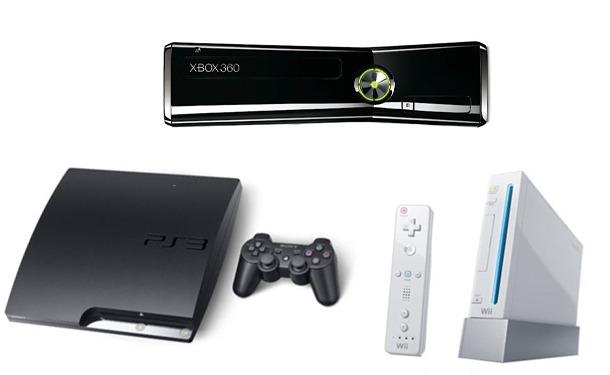 For veteran gamers who cut their teeth during the Atari days, much of what you’re about to read may seem like old news. But gaming is beginning to pop up on the radar for a whole new sector of the population, many of whom have never so much as picked up a controller. As a result, game consoles appear poised to completely take over a whole new sector of entertainment: home theater.

Today, we tend to think of console gaming as a mainstream convention, but in its early years it was pigeon-holed, stigmatized, and even relegated to the fringes of geek-dom. As a result, it became a sub-culture of sorts. Sure, it was ubiquitous among the 21 & under set, but adults who played games on a regular basis back then were far less common.

The gaming industry outgrew that awkward phase and expanded its audience throughout the 90’s , but analyst Michael Pachter of Wedbush Morgan estimates that, in 2003, gaming’s audience still comprised about 90 percent young men. Eventually, however, demographics began to shift in earnest, and when they did, it was largely due to a prescient business move from gaming’s most recognizable household name.

When Nintendo launched its Wii console in November of 2006, it also launched a new marketing strategy. The company billed the new system and its games as tools for fitness, learning, and family fun, adopting an “everyone’s a gamer” ethos and staking its new hardware on its success. Of course, the rest is history, as units flew off shelves and Nintendo enjoyed record sales, while stores scrambled to satisfy demand.

Once the dust had settled in 2011, The Entertainment Software Association’s Essential Facts report determined the average age of gamers to be 37. Pre-Wii, in 2005, the same report by the same organization had that age at 30.

Nintendo’s success helped bring about a paradigm shift in gaming. Instead of courting hardcore fans and fighting a war of attrition over a smaller swath of the population, gaming companies started looking at strategies that would bring new players into the fold. One obvious way to get the whole family on board was to enable them to do more than just play games with their consoles. What if dad could watch sports and little sis could check her Facebook page? The potential was endless.

Xbox had always made media content available for download, but streaming and social elements were missing. In November of 2008, the company added Netflix functionality, and followed that up with Facebook and Twitter in November of the next year. Suddenly, the console had a hook to draw in non-gamers, and enhanced TV became a part of the gaming world. But perhaps more importantly, home theater and gaming were blended together like never before.

Slow on the uptake

In case you haven’t noticed, the Xbox 360 is a fully functional OTT (over-the-top) set-top box, the PS3 is a Blu-ray player, and the Wii U provides a tablet-esque second-screen-enabled controller.

Casual gamers have been slow to realize their gaming hardware’s potential as a home-theater enhancement, perhaps because gaming consoles are still seen by many as devices designed for people who play games. To be fair, it would appear a perfectly valid characterization; after all, it’s baked right into their title. Consequently – despite delivering Smart Hubs, media players, and second screen experiences that often outshine their specialist competition – the consoles have gone largely unrecognized for their contributions to home theater.

Another important fact to consider is that modern consoles’ GPU’s have historically out-muscled those implemented in Smart TVs. What’s more, console controllers are better-suited for navigating complex menus than most TV remotes, and they have an all-in-one appeal that other options lack – and that’s just what’s available today.

While it’s difficult to separate rumor and innuendo from leaks and facts at this point, it’s clear that next-generation consoles will be even more powerful and easier to integrate into your home theater system than their predecessors. So what else can we glean?

Multiple reports indicate that Microsoft will aim to bolster set-top options in its next go-around (Xbox 720), with some even indicating it may choose to release two versions of the officially-unnamed console, one being a less expensive, dedicated set-top with scaled-back gaming functionality. If you want a safer bet though, look for Smart Glass to take center stage, just as it did at E3. The app provides a companion interface for second screen functionality and enhances more than just the gaming experience.

Also buzzing is the potential that Sony’s next machine – code-named Orbis – could support 4K/UHD resolutions. If the reports are true, gaming may realize the next big thing in TV before TV does. Sony has bet everything but its shirt on the tech, so such a move would appear to make sense.

Lastly, there’s the possibility that the new round of consoles could be here sooner than later. Recent reports have indicated that reveals could be coming as early as March. If true, that would put both Microsoft and Sony’s new consoles on track for holiday releases.

It’s not just the consoles, however, that are getting in on the action. Gaming peripherals are also making their way into the home theater conversation. Gaming headphones, like the PS3 PULSE wireless headset, can amplify and clarify in-game audio, sure, but you can also use them to tune into your TV, or listen to your MP3 player when you’re done berating your digital foes.

Kinect is another great example, and a potential game-changer for the home-theater industry. Gesture and voice control options come standard on the device and can be used to streamline the searching, selecting, and playing of entertainment, usually better than competing technologies built into Smart TVs. But recent developments provide even more intriguing possibilities.

At CES 2013, Microsoft unveiled video footage of its Illumiroom prototype, a smart-projection technology designed to drive gaming beyond the screen. Despite its stated intention, we can’t help but salivate over its potential to revolutionize home theater. There was a time that we were excited over ambient back-lighting and the prospect of 3D TV, but to think of an intelligent system that could project content outward and onto the objects around you is truly exciting.

A little bit of Hollywood

Brain teaser: What do Gary Oldman, Christina Ricci, Samuel L. Jackson, Christopher Plummer, Elijah Wood, Ice Cube, and Patrick Stewart have in common? If you said they all act you’re correct – and a true master of the obvious. The answer we were looking for, however, is that they’ve all worked as voice actors on video games.

In effort to create more compelling story-lines and more enveloping entertainment experiences, the game industry has turned to Hollywood – and not just for talent either.

Cut-scenes are a convention in video games and – whether you love them or loathe them – they’ve become far more detailed and far better executed in the tenure of current-gen consoles. It’s hard to pinpoint exactly when video games started taking their cinematic sequences more seriously, but improved graphics were definitely a factor in the movie-esque cut-scenes that are now all but commonplace.

Some studios, however, have taken it one step further. By constructing entire playable titles in the same cinematic vein, you end up with a product that could be called a chimera, forged from the parts of films and games alike. Take Rockstar’s “L.A. Noire,” or Quantic Dream’s “Heavy Rain.” Both games borrow liberally from Hollywood in their quests to creative compelling narratives, and in the process, further cement gaming’s crossover appeal.

Nowadays, gaming and home theater are interwoven, and each drives the other forward. High resolution TVs unleash video games’ graphical potential, while consoles with integrated Smart Hubs streamline home-theater content delivery; 3D displays provide players with an immersive experience, while game systems with built-in Blu-ray players save consumers money as they build their entertainment systems; we have movies about video games, video games that mimic movies, and a bevy of consumers who love both.

Gone are the days when gaming and home theater orbited one another like binary stars. The two have collided and the resultant exchange of matter means improved entertainment, for us all.