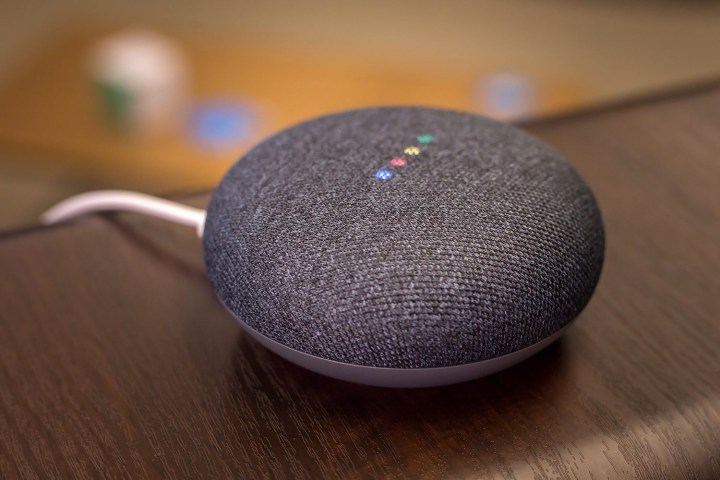 Do you like free things? Do you like technology? If you answered yes to both, you may be interested to know that LG launched a Google Assistant integration promotion that will give customers a free Google Home Mini if they buy an LG appliance.

LG is the South Korean electronic and appliance brand known for its “Life’s Good” motto. The company is simplifying the Google Assistant voice commands that users need to say when controlling LG’s lineup of smart home appliances via their Google Home voice assistant hubs.

The Google Home Mini is a smart speaker that comes with the Google Assistant voice assistant. Users can issue commands to the speaker, giving them more information on things like the weather, news updates, and traffic conditions. Users can also sync their smart home devices to the Google Home Mini, letting them control those smart home devices directly by saying commands to Google Assistant. For example, if you want to turn out the lights, you could simply say, “OK Google, turn out the lights,” and the task would be taken care of.

Before this update, users with LG smart home devices had to say, “OK Google, talk to LG,” and then wait for Google to respond. Only then would users be able to give a command, such as, “set the refrigerator temperature to 30 degrees.” It was a round-about way for users to control their smart home devices. With the simplified commands, consumers can communicate with their LG smart appliances using abridged commands, such as, “OK Google, turn on the air filter of the refrigerator.” This way, users don’t have to go through the additional step of asking their Google Assistant to connect to LG, and they can shave off a few seconds of waiting for the connection to go through.

To coincide with the release of these new, shortened Google Assistant commands, LG is offering a promotion at participating retailers between April 5 and May 16. Consumers can receive two Google Home Mini devices with the purchase of an LG InstaView Refrigerator or High-End Laundry Pair (WM5000 series or above).

LG has an array of other smart appliances in its SmartThinq line, including air purifiers, washing machines, and vacuum cleaners.

Topics
Is it worth upgrading to the new Google Nest wired doorbell?
How to program your smart hub to scare the pants off of you
Samsung and Google partnership finds a shared home for SmartThings
Which Amazon Echo should you buy?
Stop what you’re doing and shop this Ring doorbell Black Friday deal right now
With these Roborock Black Friday deals, get a smart robot vacuum for less
Get ready: Yeedi Black Friday deals on smart vacuums and mops are so, so good
Philips Hue starter kits just got discounts for Black Friday
You can save $170 on the Dyson Corrale straighteners today
Should you buy a Keurig on Black Friday or wait for Cyber Monday?
There’s a huge Instant Pot Black Friday sale happening right now
This robot vacuum is $119 for Black Friday, but it’s selling fast
9 Sonos tips, tricks, and little-known features