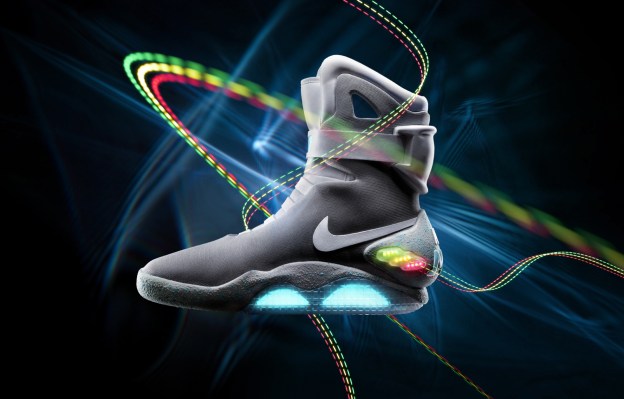 It’s about time that Nike released the Nike Mag aka the Back to the Future shoe. We reported on the rumors earlier, but it now official Nike will start selling the self-lacing shoes from Back to the Future. Only 1,500 pairs of the shoes will be sold, 150 a day for ten days. The shoes will be auctioned off on eBay’s Fashion Vault, with all net proceeds going to the Michael J. Fox foundation.

According to Nike’s official page the first batch of shoes will go on sale today September 8 at 8pm PST on eBay. The shoes are supposed to function just as they did in the movie, so the shoes will tie themselves. Sadly the video below from Nike does not show the shoes in action, but it does show off the lights on the shoe. Also they were designed to be an exact match aesthetically as well.

Besides the pure excitement that this shoe was finally made, we are also excited to see that it is called the 2011 Nike Mag which hopefully means there will be a 2012 Air Mag and so forth.