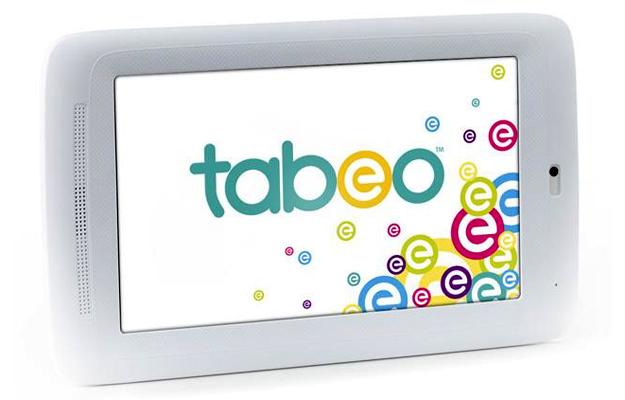 As the father of a three-year-old, I visit Chuck E. Cheese’s quite a bit, about once a month or so. It always amazes me how, in an age where most children have just as much entertainment power packed into their phones as the building has within its walls, Chuck E. Cheese is always a picture of ankle-biter chaos. The video games are antiquated. The carnival games are archaic. Yet children flock there by the carload.

Meanwhile, Toys “R” Us has been scrambling to stay relevant in an age where tech is replacing toys. It announced this week that it would begin selling its own kid-friendly tablet, the Tabeo. While it sounded a little strange, it also sounded strange for retailer Amazon to sell tablets. It also sounded strange for computer manufacturer Apple to become a retailer. If anything, it shows how traditional businesses have to contort themselves to keep up with tech.

But Chuck hasn’t changed his business model. He hasn’t replaced every video game with tablets wired to the tables. Children still strive diligently and stupidly for tickets that can be redeemed for highly disposable gifts. The pizza, though surprisingly good, is still overpriced and greasy.

How can one business, which should have obviously been replaced by our new technologies, still thrive while another, whose business model seemed technology-proof (kids still need toys, especially young ones), is left teetering and might be a little too late to the “if you can’t beat them, join them” party?

I believe the answer lies in the experience and the lessons to be learned come not from Chuck E. Cheese’s, but from the Level 50 Grandmaster of children’s entertainment: Disney.

The company’s suite of Watch Disney apps allow you to watch its content from anywhere using mobile devices you already own. Its flagship Disney Channel network is still running without commercials, making its popularity among parents undeniable (for parents of small children, commercials are the devil because the child inevitably wants whatever useless tchotchke appears in the spaces between their favorite show). Its famous theme parks somehow reel in more visitors every year, despite the tough worldwide economy.

Disney hasn’t abandoned its core business or ignored the changing tastes and attention spans of its target audience. The company has been using tech to augment what it has always offered, in the process increasing their relevance with yet another generation of children. Although things in tech can change in minutes, to my knowledge Disney is not releasing a tablet.

Toys “R” Us, on the other hand, is. It seems like a futile attempt to crack open a revenue stream that has passed it by, sort of like trying to catch the sand from an hourglass in your hand. When people stopped visiting the stores, they became dank and desolate. This only served to make even less people visit.

The company’s wrong move wasn’t doubling down on technology too late — it was failing to leverage its core business at all in the face of technology.

Toys “R” Us needed to be the anti-Internet. It needed to be a clean, well-lit place that children and parents could go to play with many samples of toys with very little pressure to buy. Take as much time as you need. Before you know it, a kid gets hooked on the toy that they were playing with, not a gadget or an app. Another sale is born. Like Chuck E. Cheese’s, kids would beg to visit even though it means having to unplug. Parents would be more likely to buy toys, because it hopefully means the kid would unplug at home as well. He might even go outside and play!

Toys “R” Us could have been one of our nation’s greatest defenses against a generation of information-addicted obese children. Instead, it could end up being just another K-Mart. Or Borders. Or Circuit City. Or…

Topics
The Olfinity will help us gauge, clean, and augment the air that we breathe
Do you really want Alexa buying your socks? Why voice assistants suck at shopping
Space age Bin-e trash can scans, sorts, and compacts your rubbish automatically
Three US companies expected to dominate the Internet of Things
The best Cyber Monday air fryer deals for 2022
Cyber Monday: Save on Google Nest Mini, Nest Hub, and Nest Audio
The best air purifiers for mold issues
Dyson’s best cordless vacuum (V15) is $100 off for Cyber Monday
Lorex Cyber Week Sale: Save up to 50% on smart home security gear
This robot vacuum is $99 in Walmart’s Cyber Monday sale
This self-emptying Shark Robot Vacuum is $200 off for Cyber Monday
The best smart plugs of 2022: Our top picks
Score $90 off an Alienware gaming chair for Cyber Monday