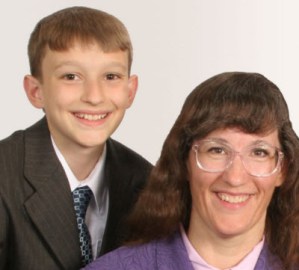 Shocking, we know, but Angry Birds has lost its top spot in the App Store. The hugely popular game has been knocked from number one by a game consisting of little more than platforms and a ball. Bubble Ball, created by eighth grader Robert Nay, was introduced last month and already skyrocketed to some two million downloads, earning it the distinguished title of number one free app for iOS devices.

The free game was launched under the 14-year-old’s production company, Nay Games, and with minimal assistance from his mother Kari, Nay is responsible for the app’s development and programming. Nay used the Corona SDK from Ansca Mobile to create the physics-based puzzle game, and learned the programming language Lua. Nay worked for roughly a month and a half, and ultimately wrote more than 4,000 lines of code for Bubble Ball. According to an interview with ABC News, Nay has always had a knack with software, creating his own website by third grade.

Nay says he’s interested in adding an in-game currency and purchasing options to create some revenue in the future. He’s also planning another app, which for now is classified.

Video-editing app LumaFusion to get a Galaxy Tab S8 launch
Relax, the EU’s scary USB-C rule won’t rob you of fast-charging benefits
The Google Home app finally has the big redesign you’ve been waiting for
Apple comes clean with what it really thinks about iPhone 14’s Dynamic Island
How to quickly share Wi-Fi settings in Android
OnePlus wants your help to plant thousands of new trees
How to remove watch links from the strap on your new watch
Best cell phone plan deals for October 2022
When is the best time to post on Instagram?
Best Google Pixel Deals: $250 off the Pixel 6 Pro
The best Samsung Galaxy S20 deals for October 2022
Best Samsung Galaxy Note 20 deals for October 2022
How to manage all of your Apple Watch notifications