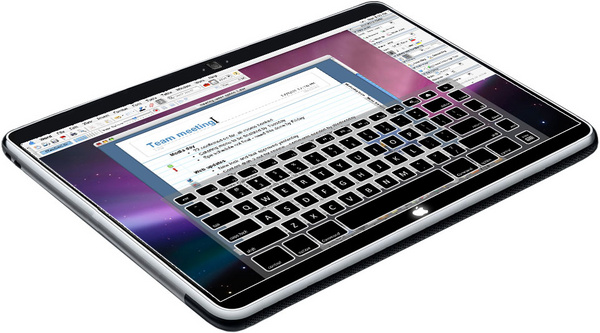 Boy Genius Report has faith in its Apple insider who reportedly leaked some more information of the illusive Apple tablet. BGR’s source reported that the tablet’s multi-touch gestures are “out of control.” Well what product of Steve Jobs—or Jobs himself—isn’t? The report also hints that the tablet is powered by an “incredibly fast ARM CPU.” BGR’s insider also calls the Apple tablet an “iPhone on steroids,” which might have heightened our already overwhelming excitement for the launch of this new tablet PC.

The AppleInsider says it’s reluctant to believe all of BGR’s detail-leakage due to the site’s faulty Apple news in the past—but we take everything with a grain of salt around here. There wasn’t anything too revolutionary about BGR’s report—we’re glad someone has finally confirmed our speculation that the tablet is a ‘roided-up iPhone. A little more intriguing—BGR also reported that the new iPhone OS has been on the back burner for a while because its update includes tablet-related code.