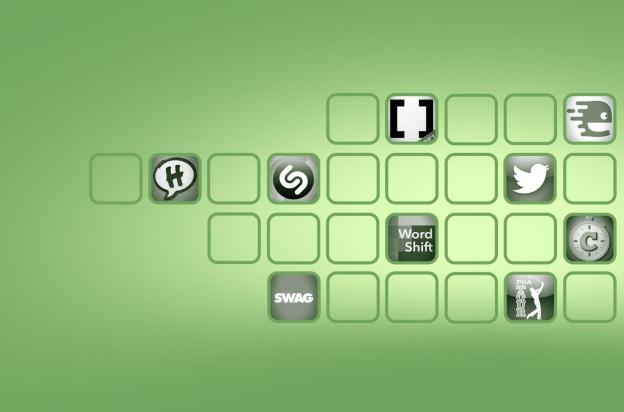 Do you spend most of the day carrying your phone around in your pocket? What a waste. You should be on it all the time. After all, it’s really an impressive piece of technology. You should stare at it in amazement that such a thing even exists. If you need something on the screen to draw your attention to it, though, try grabbing some of the great apps and updates from this week. We’ve sifted through the piles and piles of new releases and are bringing you the ones you absolutely must download.

Want to give your pictures a different look, something that will help them come to life and really add some action – even if there isn’t much going on? Making your snapshots seem interesting is Halftone 2’s specialty. The second version of this photo editing app made its debut this week and can help you turn any photo into an action shot by making it look like a scene out of a comic book. Add some crazy effects, fancy frames, text, and a few Batman-style onomatopoeias. Then share your creation with your friends.

There’s no shortage of word-based games available for mobile devices, but Word Shift looks like a winner. It’s a tile-based game that tasks you to shift letters around the board to form words while also opening up possibilities for building off to find more words. You can play on your own to get the hang of it, master your skills in one of the unique game modes with speed or strategy emphasis, or take on a friend in multiplayer. You can even make up your own House Rules to play how you want, which makes it significantly harder to lose.

The iOS and Android version of the Twitter app received some tweaking this week and are now considerably more functional when it comes to uploading photos. The app now provides a full preview for your photo before you upload. You can also switch between accounts easier in this update, and a new icon indicator lets you know what handle you’re tweeting from, which will likely prevent you from using that new easy photo uploading feature from the wrong account.

We don’t particularly want to condone the use of the word “Swag,” but Word Swag is a pretty cool app. It’s extremely simple and straight forward to the point of wondering “Why didn’t I think of that?” The app automatically applies stylish text to your photos from its rich font catalog. You can add quotes or captions to your photos and get the perfect look every time – this app picks the right look for you. It’s like having a graphic designer in your pocket, assuming you could find a graphic designer with such a shabby career that he was willing to caption your Instagram pictures for you.

Categorical is a game designed to get you thinking. You’re given letters that are worth points if you can successfully use them (think like Scrabble tiles) and you’re tasked with coming up with an answer for a specific category. For example, you may be asked to name a North American city that has the letters V, S, an C in it. You’ll go up against friends to see who can provide the best answers and score the most points with the letters given.

Endomondo (update for iOS and Android)

One of the best ways to get in shape is having a workout buddy – specifically, someone that is more motivated than you. You can have that, even if they live across the country, with Endomondo. The workout tracking app added new social features in its most recent update which allows you to get more active on Facebook with the app. You can post pictures, tag friends in workouts with you, and add status updates. It’ll make your workout more social, which means you can’t lie about how many push ups you did anymore.

Can’t get away from work to catch the last round of the Masters? You can stay updated without leaving the office with PGA Tour’s new app for Blackberry 10 devices. It gives live updates on its leader board and gives users access to news feeds to get the latest stories from the tour. You can even watch videos from the best rounds of the day so you won’t miss a highlight. Or, you know, whatever is considered a highlight in golf.

Shazam has done some major revamping to its apps on multiple platforms. The iOS version of the music discovery service now spreads Shazam out so it fits comfortably on iPads. Shazam for Windows Phone also got some tweaks this week, as it is now fully optimized for Windows Phone 8. Along with that comes some new features, including the ability to add location tags to your music listening. It is also linked up with Xbox Music so you can stay within the world of Windows as you find new music.