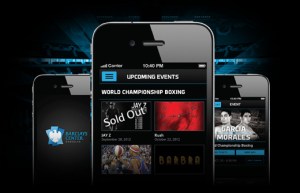 Good news for sports fanatics. Well, more specifically, good news for basketball fanatics … if the team you root for is the Brooklyn Nets. The Verge reports that, last night, the Barclays Center – the stadium that the team plays at when not traveling – launched a really interesting new feature to its app. Now, whenever you’re in the stadium and sync up your smartphone to the in-house Wi-Fi, you can stream the game right onto your device in real time.

At first, this might seem a little strange. Why would you pay all that money for tickets to see a live game, and then instead opt to watch it on your phone? What sense does that make? Wouldn’t it be more practical to just stay home and watch it on your TV for free?

But, when you think about it, it’s kind of a brilliant concept. Call of nature? As you head to and from the restroom, you won’t miss a minute of the action. Long line at the concession? Same deal. Turn away just before the crowd goes wild, missing an intense play? You can even pull up replays to see what happened for yourself. And not just the action that plays back on the jumbotron. It’s impressive.

The in-house Wi-Fi that you’re required to use is also well-thought out. It divides the connection 19,000 different ways, which means that, even if every single person in the stadium is using the app, you’re still going to have a fully functional, high-speed stream.

It shouldn’t be any surprise that the Barclays Center app innovated in such a way. Even before this feature launched, users could already purchase tickets, check in, and even order food right from the app. (Though it’s hard to imagine that many people would opt to check in via this app over Foursquare and/or Facebook.)

Is this the beginning of a nationwide trend? Would you use a phone or tablet to watch a sports game at a sports game? Does this news make you fear for humanity’s future?