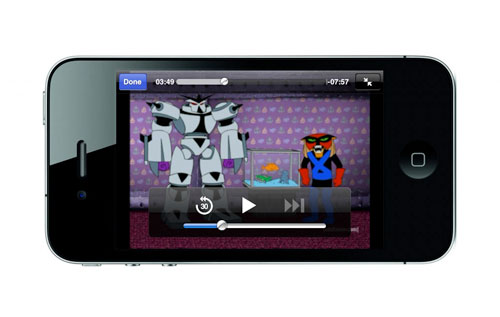 Comcast made its On Demand service available for the iPad as well as Android-based tablets earlier this year with its Xfinity TV app. Now, customers don’t have to be tablet-owners to appreciate this on-the-go content: Comcast announced yesterday that it will release a version of the app for iPod touch devices as well as the iPhone.

Good timing, too. When the app was released, it was undoubtedly a popular feature for Comcast subscribers, but the network has since massively increased the available content to nearly 6,000 hours. “This [programming] includes popular networks like HBO (the same content that’s available on HBO Go), Showtime, Starz, Cinemax, Encore, BBC, TNT, TBS, Cartoon Network and CNN, among 25 programmers from which you can choose,” the network says. On Demand customers know they aren’t limited to shows alone, and there’s a hefty helping of movies to choose from as well.

There is one major caveat: For the moment, the Xfinity TV app is only available via Wi-Fi connection. Comcast says 3G or 4G capability is part of its “future plans,” but this puts the service at a disadvantage. Netflix’s app works over 3G or 4G connections, meaning it’s truly mobile. We can think of a few situations in which the Xfinity TV app will be rendered useless – namely in transit, arguably some commuters most significant TV-viewing time. Give it a try; you’re likely to get a message advising you to find a stronger Wi-Fi connection. Of course, Comcast has a wider pool of subscribers to pull from. HBO Go is available via Wi-Fi or a 3G connection, but has been subject to some similar complaints – namely, crashing during use due to weak connections. But it at least has the 3G edge over Xfinity’s app. Still, Comcast has approximately 22.9 million cable customers and plans to upgrade the Xfinity app to be available over 3G/4G connections, so users might just have to be patient and sit tight until the app is a little more travel-friendly.

The app requires, obviously, that you are a Comcast subscriber and you will need your Comcast ID or .net e-mail address and password for registration. Check out the video below to see the app in action.