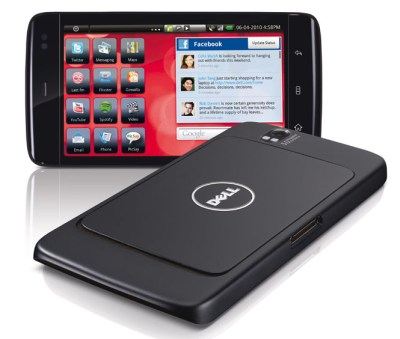 Dell is apparently working on evolving its Android-based Streak tablet: at the Oracle OpenWorld conference in San Francisco, Dell CEO Michael Dell flashed a 7-inch version of the device, which is currently available with a 5-inch display. However, Dell offered no other hard details about the device, including important information like price, availability, and whether Dell still envisions tablet devices serving as fully-functional phones.

A 7-inch version of the Dell Streak might make the device more competitive with the Apple iPad. Although numerous consumer device manufacturers are aiming at the tablet market with Android-based devices aimed at the end-of-year holiday buying season, so far the Apple iPad—with its high prices and 9.7-inch display—largely stands alone in the consumer tablet market. However, the Dell Streak has been given a lackluster reception by consumers, who note the device isn’t really big enough to serve as a full-fledged entertainment device or a notebook replacement for people on the go, but with a 5-inch display is too large to make a convenient phone.

At Oracle OpenWorld, Dell announced an expansion of its Dell Services Oracle Practice, which provides infrastructure support to enterprises and other large organizations with significant Oracle installations internationally.

Video-editing app LumaFusion to get a Galaxy Tab S8 launch
This tiny sensor is about to change your phone camera forever
iPhone’s Crash Detection is still firing off false calls
Register your interest in the Samsung Galaxy S23 and save $100
The best smart notebooks in 2023: 8 picks you need to check out
The best iPhone games in 2023: 31 games you need to play right now
This Apple leaker just revealed tons of changes for iOS 17 and iPhone 15
Beats Studio 3 headphones are $120 off today at Amazon
How to cheat in Words With Friends
Trading in your iPhone with Apple? You’ll get less than yesterday
The best QR code scanning apps for iPhone and Android in 2023
3 reasons you should buy the Google Pixel Watch today
The Galaxy Z Fold 4 isn’t just a good phone — it’s also my favorite computer