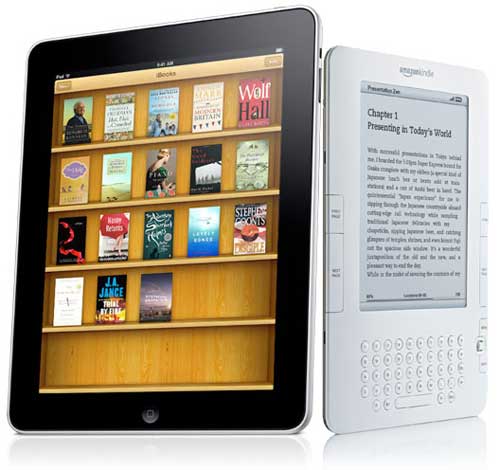 A survey from research company ChangeWave was released today, determinig that the Kindle holds a “rapidly diminishing lead” on the iPad in the e-reader market.

While most media outlets have been quick to decide this signals the end of the non-iPad e-reader all together, that might not be the case. Beta News argues that the survey does little more than prove Kindles and iPads are simply used to consume different types of content – i.e., e-books are read on Kindles and magazines and newspaper on iPads. And they’ve got a point: One section of the survey clearly draws this conclusion.

But at the same time, the iPad’s popularity is steadily dominating the market, and it looks like more and more people will be using it as an e-reader. As digital developers come out their own tablets left and right, the Kindle is likely to suffer more competition from a cluttered market, one that Apple’s iPad seems to consistently rise above. The survey also found that iPad owners experience a higher level of satisfaction with their devices than Kindle owners do. If consumers want an e-reader as well as a tablet, it’s easy to assume they could defer to the iPad. Why buy two devices when you can roll them into one, even if the Kindle might offer better readability? Most wouldn’t.

Beta News also can’t argue with the fact that ChangeWave found that 42 percent of those surveyed said they plan to purchase an iPad in the next three months, and only 33 percent will choose the Kindle. Let’s not forget that tablets are one of the hottest gifts this holiday season, with the iPad specifically finding its way to the top of many lists. Amazon’s Kindle will be waiting with bated breath to see if consumers find Apple’s device to fill their e-reading needs as well.