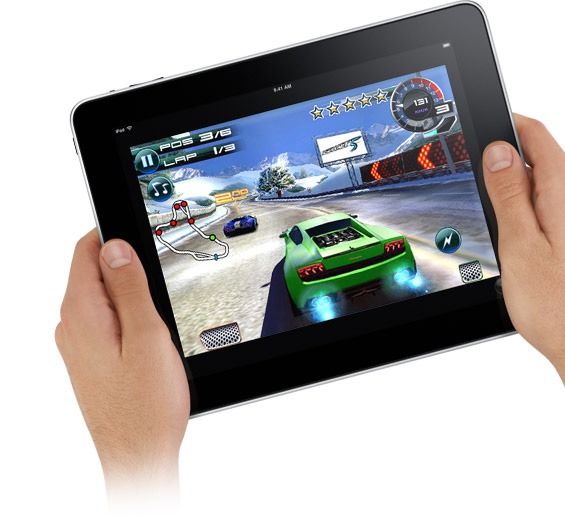 Apple’s expertise is in creating elite products that provide a certain sex appeal to the public—hence their vast success, even in a recession. So it was no surprise when the company unveiled its mysterious Apple tablet, now officially known as the iPad, at an elite gathering today (weeks after the Consumer Electronics Show). Apple didn’t want just any old tech-junky getting his/her fingerprint smudges all over the iPad’s 9.7-inch 1,024 by 768-pixel high-quality display. Today, after Apple pushed the iPad into the spotlight, the company allowed the attending press to get a brief  hands on with the new tablet device.

Here are some of the first hands on impressions from Apple’s iPad unveiling event.

SlashGear claims that handling the iPad is really like handling a big iPhone—but unfortunately a lot of the iPhone’s flaws have carried over to the new tablet device.  Overall, they had mostly good things to say about their hands on experience—reporting the iPad was very speedy and the iBook ebook reading is “fast and clean.”

Joystiq describes the iPad as a “big iPod Touch,” especially from a gaming perspective. They also noted that Need for Speed actually controlled better with the iPad’s larger screen and tilting abilities.

Engadget says that when holding the iPad, it actually felt a lot heavier than they thought it would. They were disappointed that there were no “multitasking” capabilities, but did note that the device is “blazingly fast” and its 1024 x 768 screen is stunning.

Gizmodo liked the heft of the iPad, calling it “substantial, but surprisingly light.” They also were very pleased with the iBooks app saying it made you feel more like you were reading a book than Kindle ever did.

Ars Technica also compared the iPad to a giant iPhone—naming the similar features and specs. They also mentioned that is was quite easy to navigate on the iPad.