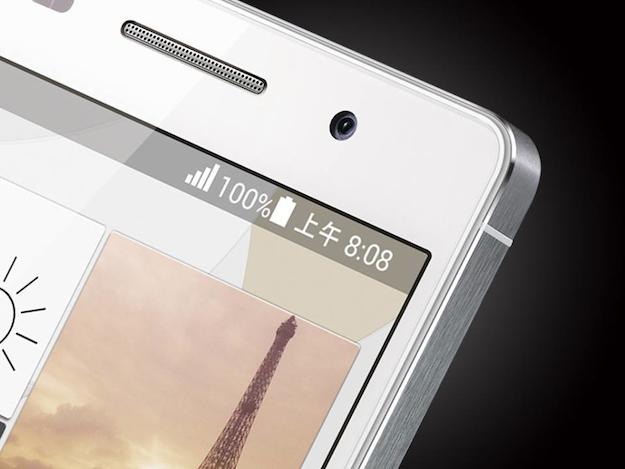 Huawei has never been very good at keeping a secret, having spoiled the launch of the Ascend D2 and Ascend W1 at CES 2013 before the big day, and it has now done the same with its June 18 event. The news comes via Huawei’s official Facebook page, where the picture you see above has been published. It’s of the Huawei Ascend P6, which according to the invitations sent out earlier this month, is a beauty worth waiting for.

The accompanying text says it’ll be the, “Thinnest, smallest and one of the most compact phones,” the company has released – fitting in with the rumor it will be just 6.2mm thick – and the screen, “can rival its competitors.” It then goes on to confirm the phone will be on display at the June 18 show. Well done Huawei, you managed to keep that secret for, oh, a whole twenty days.

However, while Huawei may have spoiled the surprise, we’d already had a good look at the Ascend P6 last week, when a press shot of the phone was leaked. At the time, its resemblance to the iPhone wasn’t so obvious, but now we can see the edge of the P6, the similarity is striking. Just look at the metal band around the edge, it even has a little white strip in almost exactly the same spot as Apple’s phone.

Huawei is pushing the Ascend P6 as a genuine contender in the world of high-end smartphones, and has published another post on Facebook saying it has used, “The best materials and components,” put the device through more tests than before, and is sure the phone will, “Wow” us when it goes on sale.

As the Ascend P6 will be launched in London, it’s fairly likely the phone will see a wide European launch, but given Huawei’s strained relationship with America, it’s not certain if a U.S. release will follow. Let’s hope we find out more when the phone is officially unveiled in June.