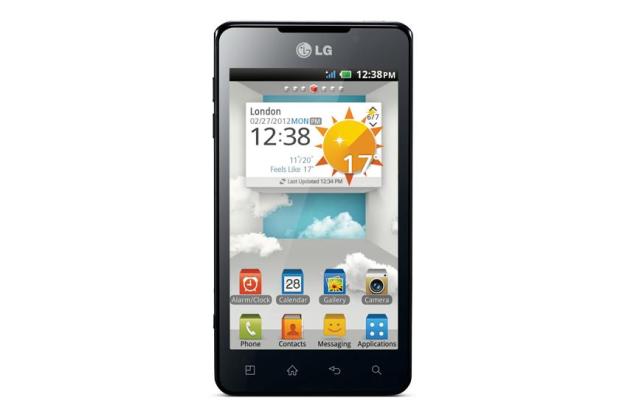 “This phone has a great 3D effect, but it runs on an outdated version of Android, has poor battery life, features a camera that doesn’t hold up...”

LG hasn’t had a ton of commercial success with its Android phones in the United States, but in Europe and other regions, its Optimus brand has been doing well. Last year, we reviewed the LG Thrill 4G, an AT&T rebranding of LG’s Optimus 3D phone. It was a dual-core Android handset with glasses-free 3D built right into the screen, similar to the Nintendo 3DS and HTC EVO 3D (if you happened to see that phone before it’s quick death). Well, LG must have had better luck with 3D than HTC, because a second version of the Optimus 3D is already available in Europe. But does it fix the problems with its predecessor?

The feel of the Optimus 3D Max is an improvement over its predecessor in most ways. Though it has a more plasticky feel to it, the 3D Max is both thinner and lighter than the Optimus 3D and sheds a lot of weight – and an ugly metal accent – in its camera area. The new version has a finely textured battery cover for grip (not rubberized) and an improved grip thanks to a sharp (but not too sharp) bezel around the screen of the phone.

As much as it is an improvement, LG may have gone a bit too far with design, to the point of hampering control a bit. While the power button on the top right of the phone is easy to press and works well, finding the volume or 3D camera shutter buttons in the dark can be a challenge. They don’t stand out visually, either. The soft, light-up Android navigation buttons – Menu, Home, Back, Search – are completely invisible until you press them. Combined with the fact that the Back button seems to be in an odd place – not on the left, but toward the right – the inability to see the buttons can lead to confusion. On the upside of the 3D Max’s design is the rather useless, but fun Micro USB cover, which is easier to use than anything else on the phone.

Let’s get this straight. Glasses-free 3D may one day become an integral feature of phones and devices of all types, but neither the Optimus 3D nor the Optimus 3D Max will reign in this new era. Though LG has put a lot of effort into presentation, 3D is little more than a sales gimmick on the 3D Max, just like before. Nothing has changed.

And when we say nothing has changed, we quite literally mean that. The 3D Max pretty much has the same exact 3D software as the Optimus 3D and the 3D effect itself doesn’t appear to be improved from the last generation. This still has a low-resolution 480 x 800 pixel screen (960 x 540 is the low end for phones this year) and when you turn on the 3D effect, that resolution is essentially cut in half, producing a choppy 3D image full of vertical lines, much like those 3D stickers and book covers you’ve seen all your life. Much like those, if you don’t look directly at the 3D Max from about 30cm to 40cm away, you won’t see the effect properly either. If you’ve used a 3DS, then you know of this challenge, but phones are less forgiving. Overall, we did not use the 3D effect much because it would hurt our eyes after just a few minutes. It’s neat to look at, but even in games like Nova or Asphalt 6, it’s sometimes better to just shut it off.

3D isn’t utilized in the actual phone menus at all, but the camera can take 3D images. Unfortunately, it’s hard to say if the file format of a 3D image today will be the same as it is tomorrow. As such, we’ve decided to stick with good old 2D .png and .jpg files for now.

LG has improved in the operating system department as well, but still remains half a year behind the latest version of Android. The Optimus 3D Max runs Android 2.3, a marked improvement over the LG Thrill (Optimus 3D), which was stuck on Android 2.2. But Google released Android 4.0 in Dec. 2011. LG somehow found the time to integrate it into the upcoming LG Optimus 4X HD, so why not here?

There is nothing horrid about Android 2.3, but it lacks many of the more forward-thinking features of the newer version, and just isn’t an OS that will age gracefully in the next two years, which is how long most people have to keep a phone before they can afford an upgrade. Many new applications are already beginning to require Android 4.0 because of its compatibility with tablets.

On the plus side, we do like the way LG’s Optimus 2.0 Lite custom user interface allows you to sort your apps menu into folders. It makes accessing them much easier. Despite this functionality, however, it does look a bit dated as well, with bright bubbly graphics. There is a way to drastically change the themes and icon sets of the 3D Max – we’ve seen it – but we cannot figure out how to do it. Wherever this functionality is buried, it’s not anywhere obvious. On the opposite end of the spectrum, some things were a bit too obvious. We’re not sure why LG decided to always include a music player in the dropdown notification tray, but it’s a huge waste of space, especially considering that it only works with LG’s built-in music player. If you stream music from Spotify, or other similar services, it will go unused.

(Note: We had to completely reset the phone after we got it because it was not behaving correctly and the camera wouldn’t work. After reset, it has been better, but still seems to have weird errors. This may be our review unit, but it could be indicative of LG’s software.)

LG hasn’t overloaded the phone with pre-installed apps. There are some 3D games like Nova, Lets Golf 2, Gulliver’s Travels, and Asphalt 6, but aside from that, things are pretty minimal. Other installed apps include Polaris Office, LG SmartShare, LG SmartWorld, RemoteCall, and a Finance stock app.

The specs are mostly similar, though the processor is faster and LG has finally included an adequate amount of RAM. The Optimus 3D Max runs on a 1.2GHz dual-core TI OMAP 4430 processor, 1GB of RAM, 8GB of internal storage, a 4.3-inch 480 x 800 pixel LCD screen with glasses-free 3D, NFC capabilities, Bluetooth 3.0, GPS, a digital compass, and an accelerometer.

As far as ports go, it sheds the Micro HDMI port of its predecessor, though cutting back on ports is fairly common these days. A microSD slot is located under the battery cover and there is also an audio jack.

The camera on the LG Optimus 3D Max seems fairly similar to the LG Thrill 4G. It’s made up of two 5-megapixel rear cameras which sync up to create 3D images. An LED flash is still present and the front-facing camera is still a meager 0.3-megapixel (VGA) resolution.

The shutter speed is still very slow, but LG does let you touch a section of the image to refocus (only in 2D mode). You can also now use the 3D button as a shutter button, though since it only has one level of click to it – most shutter buttons allow you to hold to focus – the experience is slow and a bit odd. It’s funny how we don’t think of shutter buttons as anything special, but make an inferior one and wow, it can get annoying fast.

Don’t buy this phone for its camera. The 3D effect on images can be adjusted, but often feels a bit forced and the overall quality of photos just isn’t great. We’d put LG’s camera on the lower end of the smartphone scale, down with Motorola.

We haven’t experienced particularly great battery life on the 1,520mAh Optimus 3D Max, but it has held up about as well as its predecessor. Still, that isn’t saying much. The phone is rated for only 4 hours of talk time. We seemed to get a few more hours than this at times, but certain activities drain the battery quite quickly. Playing any of the pre-installed games on the phone is one of those activities and will kill your battery mighty fast. Using the device on Wi-Fi, which we have done quite frequently, seems to result in a big hit on battery life as well.

There is a Power Saver mode in the settings menu, but it mostly consists of rather obvious things, like turning off Wi-Fi, turning down screen brightness, and turning off Sync.

The LG Optimus 3D Max is a strange phone. It’s a step up from the Optimus 3D (LG Thrill 4G) in many ways, but misses the mark in some of the most vital. This phone has a great 3D effect that’s fun to show your friends and has a fast processor and enough RAM, but it runs on an outdated version of Android (version 2.3), has poor battery life, features a camera that doesn’t hold up despite being 3D, and its screen is low resolution by today’s standards. Since it’s not available in the US, we don’t have a price or carrier to refer you to, but the European version costs €500, which is about $638 today. For a premium price like this, you’d expect a few more improvements. Perhaps the 3D screen and camera cost too much? Either way, if you really need 3D, the original Optimus 3D is almost the same phone but for as little as half the price.

Topics
Video-editing app LumaFusion to get a Galaxy Tab S8 launch
Spotify Wrapped 2022: what it is and how to view it
OnePlus’ new Android update policy matches Samsung, shames Google
The best smartphone stocking stuffers for the 2022 holidays
When is my phone getting Android 13? Google, Samsung, OnePlus, and more
OnePlus 11’s controversial design returns in new ‘official’ renders
Update your Google Pixel 7 now for three big security and audio features
The Nothing Phone is finally coming to the U.S., and I can’t wait
Today’s best deals: TVs, laptops, iPads, robot vacuums and more
Google Pixel 7a: release date, price, specs, and all other rumors
It’s 2022, and customizing my iPhone is still horrible
Best over-the-counter hearing aids for 2022
Save $70 on the Fitbit Versa 4 when you buy it today