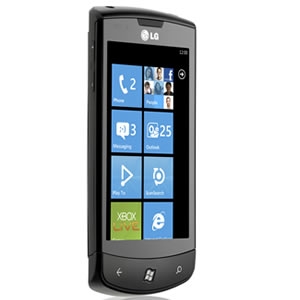 Microsoft says that it’s likely a third-party is to blame for the mysterious high data usage experienced by some Windows Phone 7 users.

The “phantom data” issue has been blamed for maxing out Windows Phone 7 customers’ monthly cellular data limits much faster than usual, and seemingly unprompted.

Last week, Microsoft announced that it was investigating the matter. And yesterday the company acknowledged that a problem exists, but said it has only affected “a small (low single-digit) percentage” of Windows Phone 7 users.

“We have determined that a third-party solution commonly accessed from Windows Phones is configured in a manner that potentially causes larger than expected data downloads,” Microsoft said in a statement issued to The Seattle Post-Intelligencer. “We are in contact with the third-party to assist them in making the necessary fixes, and are also pursuing potential workarounds to address the configuration issue in case those are needed.”

Microsoft went on to say that it believes the unnamed third-party solution is responsible for “most” of the problems. Whether or not the Windows operating system might have contributed to the glitch was not addressed in the statement.

The “phantom data” issue first surfaced in early January when some users began noticing unidentified data encroaching on their monthly limits. Users reported data usage climbing even when devices were connected to a Wi-Fi network. One user reported racking up 50GB of “phantom data” in a single day.

If Microsoft’s investigation determines that a third-party program is solely responsible for the glitch, then we may see a fix coming well before Microsoft issues an update for the Windows Phone 7 operating system. The company is expected to begin testing an update later this month.

No word yet on if customers affected by “phantom data” will be able to appeal to receive compensation, but it will likely depend on the results of Microsoft’s investigation.