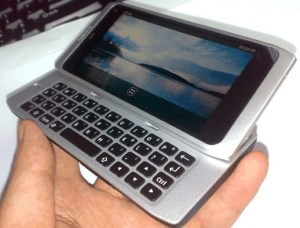 Nokia’s new MeeGo operating system hasn’t been officially unveiled yet, but the Finnish phone maker may have already canceled the first handset to carry the OS. Sources close to Reuters confirmed that the device, presumed to be the N9-00, has been terminated, though Nokia may still unveil MeeGo on a new handset (N9-01?) as soon as this Friday at the company’s annual Capital Markets Day event.

The canceled N9-00 was said to have a single-core 1.2 GHz Intel Atom processor, run on MeeGo, have the same 12 megapixel digital camera found in the Nokia N8, and be compatible with 4G networks. MeeGo is Nokia’s next generation OS, long rumored to replace Symbian. It has seen several delays as have other Nokia products in the last year.

This information coincides with rumors of big changes within Nokia. Rumors of moving Nokia’s headquarters to Silicon Valley, adopting Windows Phone 7, and working on Android have circulated. Yesterday, an internal email from new CEO Stephen Elop leaked, where he described the state of the phone maker as “standing on a burning platform,” where its only options are to jump or be consumed by the many fires that will soon engulf it. Those fires are represented by paralyzed development, new competitors, and the continued proliferation of the Android and iPhone platforms.

It appears more likely that Nokia may announce a number of strategies at its meeting on Friday, perhaps showing off MeeGo and announcing Android and/or Windows Phone 7 support. It may even unveil its new tablet, as seen here.

Video-editing app LumaFusion to get a Galaxy Tab S8 launch
This crazy Nokia phone has a pair of true wireless earbuds inside
Nokia’s ‘3-day’ phone battery struggles to last the weekend
Carrier exclusivity is hostile to consumers and needs to go away
What’s the deal with the Astro Slide 5G hybrid phone?
Samsung Galaxy Z Fold 4, Z Flip 4 get big Cyber Monday discounts
Why a Kindle Paperwhite is the best $100 you can spend on Cyber Monday
When is my phone getting Android 13? Google, Samsung, OnePlus, and more
This Amazfit fitness tracker is $35 for Cyber Monday, and it’s selling fast
This 10-inch Lenovo tablet is $129 for Cyber Monday (selling fast)
Save $200 on the Samsung Galaxy Tab S7+ with S Pen for Cyber Monday
The best smartphone stocking stuffers for the 2022 holidays
Don’t buy the wrong iPad during Cyber Monday — get this one instead