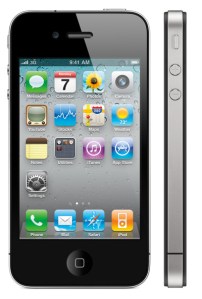 AT&T iPhone users who felt pangs of jealousy when Verizon announced yesterday that its iPhone 4 will support tethering may be comforted by a report that suggests that Apple is ready to make the feature available for all iPhones soon. BGR reports that the personal hotspot feature will be included in iOS 4.3.

Verizon yesterday announced that its iPhone 4 model will act as a mobile hotspot, allowing up to five devices to connect to the Internet by wirelessly “tethering” to the iPhone’s wireless data connection. Aside from a brief appearance in an iteration of iOS 3.0, AT&T has restricted the iPhone’s tethering capabilities. AT&T users have been able to circumvent the restriction by jailbreaking their iPhones and running MyWi, a tethering app available on the third-party Cydia app depot — AT&T clearly doesn’t approve of this approach.

A big caveat: the tethering feature will almost certainly require the approval of wireless carriers. That means AT&T, who infamously struggles to keep up with demands for data, will have to permit the feature to run on iPhones that use its network. It also means that, assuming AT&T eventually permits tethering, users who don’t have unlimited data plans will have to be wary of using the hotspot feature excessively lest they encroach on their data limits.

Last summer, AT&T did away with its unlimited data plan option for new customers. Users who had unlimited data plans prior were allowed to retain their existing plan. It’s not clear how AT&T will regulate a firmware upgrade that comes directly from Apple.

“AT&T helps mobilize everything on the Internet—your favorite Web sites, TV shows, music, games, and social networks,” said AT&T Mobility and Consumer Markets president and CEO Ralph de la Vega, in a statement. “To give more people the opportunity to experience these benefits, we’re breaking free from the traditional ‘one-size-fits-all’ pricing model and making the mobile Internet more affordable to a greater number of people.”

AT&T also plans to bring tethering to the iPhone and other smartphones as an $20 per month adjunct to the DataPro plan.