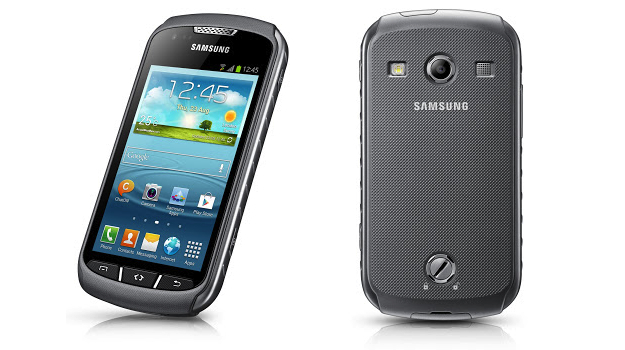 Despite Mobile World Congress being about a month away, and regardless that it launched absolutely nothing mobile-related at CES 2013, Samsung has felt the need to reveal the Galaxy Xover 2 in-between both events. It’s a tactic usually reserved for devices which may get lost in the scrum, so is the Xcover 2 worthy of our complete attention?

The first XCover came out in mid-2011 and was – bar its shock, water and dust proof casing – a forgettable Android Gingerbread phone. The XCover 2 takes the robustness of it predecessor up a notch by adding an interesting, if a little niche feature. Back to that in a moment, let’s take a look at the rest of the specification first.

Samsung has given the Xcover 2 a 4-inch touchscreen with a 480 x 800 pixel resolution, a dual-core 1GHz processor and 1GB of RAM with which to play. Android 4.1 Jelly Bean is its operating system, and is as usual covered with TouchWiz, but it does get some cool software features including Smart Stay and S Voice.

It’s most interesting feature comes as part of the 5-megapixel camera, as it can be used underwater. This is thanks to the Xcover 2’s IP67 certification, which makes the phone waterproof to a depth of one meter for 30 minutes. Hardly the most useful feature in the world, but a fun and unusual addition to an otherwise quite ordinary phone. Along with its ability to hold back the wet stuff, the Xcover will keep sand and dust away from its delicate insides too.

The Xcover’s feature list continues with a forward facing VGA camera, Bluetooth 4.0, Wi-Fi, Wi-Fi Direct, a built-in workout program called Cardio Trainer Pro, plus 4GB of storage memory, a microSD card slot, GPS and a 1700mAh battery. Samsung has so far held back any information on the price and availability of the Xcover 2, presumably so it can tell us all about it at Mobile World Congress.