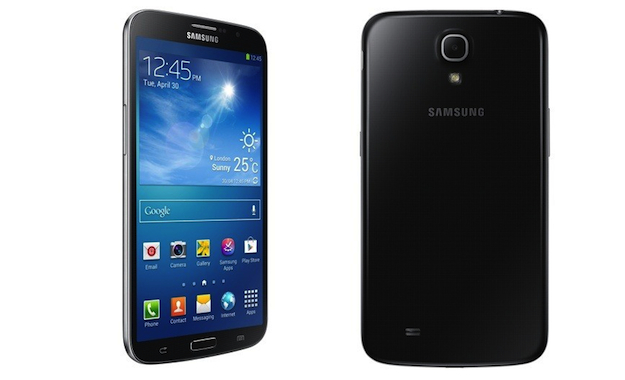 Check out our review of the Samsung Galaxy Mega 6.3 smartphone.

Here’s some “big” news, in fact, one could say it’s mega news, as Samsung has made the recently rumored Galaxy Mega range official. Much has been made of a pair of really large smartphone/tablet hybrid devices Samsung was said to be preparing, and sure enough, we’ve now got almost all the details on the Galaxy Mega 5.8 and Galaxy Mega 6.3 – and the pair certainly live up to their names.

The Galaxy Mega 6.3 is the headline device, while the Galaxy Mega 5.8 shares almost the same specifications but has a slightly smaller screen. Samsung, without a hint of irony, describes the Mega 5.8 as having the, “same great tablet features with even more portability.” Yeah, right.

We’ll come to the differences shortly, but first we’ll introduce the Galaxy Mega 6.3. You’ve probably worked out the 6.3 number refers to the monstrous screen size, creating a device even Samsung dares not refer to as a smartphone, preferring to skirt around the issue and say it combines everything that’s great about a phone and a tablet. There are plenty of buzzwords thrown around in the press release, and for once they do make some sense, as Samsung is pushing the massive phone to those who want to multi-task, watch video, increase productivity, and own trousers with surprisingly large pockets (possibly).

The display resolution is listed only as HD, which almost certainly means 720p, as it would make a lot more noise about it of it was 1080p. A dual-core, 1.7GHz processor of currently unknown heritage powers the Mega 6.3, along with 1.5GB of RAM, and it runs Android 4.2 Jelly Bean. Samsung has stuffed some of the software features seen on the Note 2 and the Galaxy S4 inside the Mega, including S Translator, Air View, Drama Shot, Sound & Shot, Multi Window, plus an Infrared blaster and the WatchON program scheduler also seen on the Note 8.0.

An 8-megapixel camera and a 1.9-megapixel video call lens are fitted to the hybrid, along with a choice of 8GB or 16GB of internal memory, which can be increased by 64GB by slotting in a suitable microSD card. A 3200mAh battery should keep things going for more than ten minutes, while there’s also NFC, GPS, Wi-Fi Direct and 4G LTE connectivity built-in. At 199 grams in weight, it’s a mega beast in every respect.

As for the Galaxy Mega 5.8 (seen here in white), it’s not quite the equal Samsung makes it out to be, as the processor has been dropped to a 1.4GHz dual-core chip, there’s no 4G LTE connectivity and the 5.8-inch screen has a 960 x 540 qHD resolution. It also loses NFC, has a smaller 2600mAh battery and only comes with 8GB of internal storage memory.

Samsung hasn’t put a price on either Galaxy Mega device, but has said they will go on sale in May. Initially available in Europe and Russia, a gradual global rollout will follow.