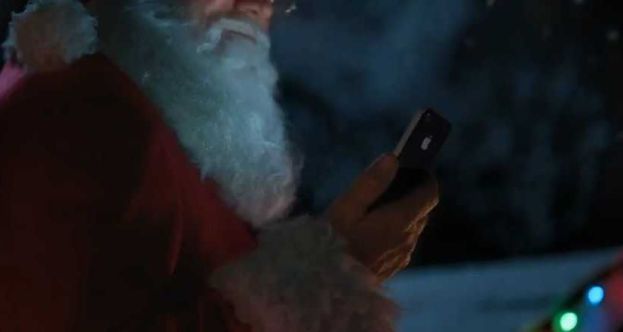 Santa Claus may be able to deliver gifts to billions of children in a single night, but he still needs help with directions, according to a new Apple television ad.

In a TV spot that began airing over the weekend, ol’ Saint Nick makes frequent use of Siri, the voice-activated assistant that’s the primary selling point of the iPhone 4S, as he navigates around the world on his gift-giving Christmas journey. Along with asking Siri for directions, he also inquires about the temperature in Santa Fe and other locations, and even checks his email (for the “Naughty & Nice” list, of course).

While the iPhone 4S isn’t actually mentioned in the ad, the promo leaves little doubt about where one should look for Siri: anywhere you can find an Apple logo.

Still, with Siri still officially in beta phase and more than a few concerns about its reliability (and possible political leanings), one has to wonder whether Santa’s reliance on the service could be somewhat ill-advised. After all, there’s a lot riding on the jolly old elf getting where he needs to go — specifically, my house.