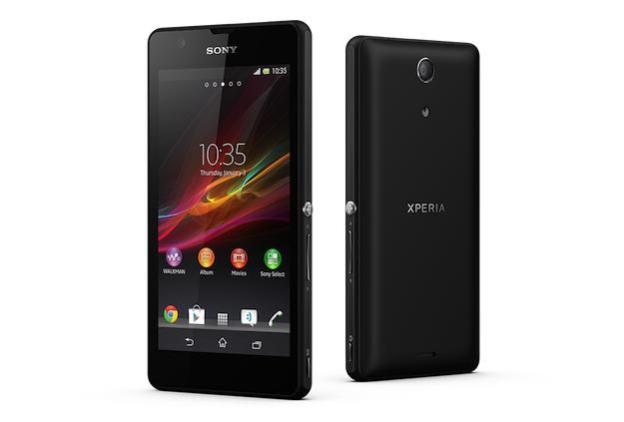 Sony continues to strengthen its 2013 range with the introduction of the Xperia ZR, which joins the already very popular Xperia Z, and its cousin the Xperia ZL in the company’s revamped smartphone line-up. The Xperia ZR looks like an updated version of the outgoing Xperia T, bringing several features seen on the Xperia Z to a device with a more manageable screen size.

The standout feature however, is rather unusual, as Sony is promoting the Xperia ZR as the only waterproof phone which can shoot high definition video underwater. The Xperia Z’s IP55 and IP57 waterproof rating is one of the few truly differentiating features on this year’s crop of 5-inch, 1080p flagship Android phones, but the Xperia ZR takes it to the next level with an IP55 and IP58 rating. This means it can stay underwater for half-an-hour to a depth of 1.5 meters, and is so tightly sealed it can resist low-pressure water jets.

Video and still pictures will be obtained using a backlit, 13-megapixel camera with HDR capabilities for both. It uses the same Exmor RS sensor seen on the Xperia Z, plus it has a similar array of features such as a burst mode, scene recognition and a quick access shutter button where the phone doesn’t need to be unlocked to use the camera. That’ll come in handy underwater, we’d imagine.

Like the Xperia T, the Xperia ZR has a 4.6-inch, 720p Reality Display touchscreen with Sony’s Bravia Engine 2 enhancements, so it should look great. Inside, the processor has been bumped up to a 1.5GHz, quad-core Snapdragon S4 Pro, and has 2GB of RAM alongside. There’s 8GB of storage, plus a microSD card slot, and Android 4.1 Jelly Bean is its operating system.

Sony will produce the Xperia ZR is several colors, including black, white, pink and mint, and expects to have the phone on sale before the summer. However, it has said the exact release date will vary by country, and hasn’t committed to exactly where it’ll put the phone on sale either. We’ll update here when this information, along with the price, has been made available.

Updated on 05/13/2013 at 08:35am by Andy: UK online retailer Clove Technology has indicated Sony has no plans to release the Xperia ZR in the UK. Whether this will impact its chances of arrival in the U.S. remains to be seen.

Topics
Video-editing app LumaFusion to get a Galaxy Tab S8 launch
Amazon’s new Fire HD 8 tablets run faster, last longer, and start at $100
How to use the Galaxy Z Fold 4’s massive screen without losing your mind
iOS 16: Everything you need to know about 2022’s big iPhone update
The Xperia 5 IV shows Sony isn’t done making small phones
Samsung Galaxy Z Fold 4, Z Flip 4 get big Cyber Monday discounts
Why a Kindle Paperwhite is the best $100 you can spend on Cyber Monday
When is my phone getting Android 13? Google, Samsung, OnePlus, and more
This Amazfit fitness tracker is $35 for Cyber Monday, and it’s selling fast
This 10-inch Lenovo tablet is $129 for Cyber Monday (selling fast)
Save $200 on the Samsung Galaxy Tab S7+ with S Pen for Cyber Monday
The best smartphone stocking stuffers for the 2022 holidays
Don’t buy the wrong iPad during Cyber Monday — get this one instead